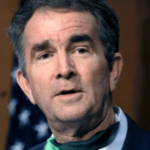 Wise King Ralph may have a problem with his back-to-school plan for this fall: Some of his subjects think it may be unconstitutional.

Under the Governor’s directive, schools will return to something resembling normal in three phases. The most controversial part of the plan requires staggering classes so students attend in-person some days and remotely on others. Critics have questioned the quality of teaching that can occur in such an environment, and have noted that keeping kids at home makes it difficult for parents to go back to work.

Senator Bill DeSteph, R-Virginia Beach, issued a letter yesterday saying that the plan is not only misguided, but it is unconstitutional.

Despite the emergency authority being executed by your office, it is the General Assembly, not the Governor, that is given the power and authority to formulate the policies in our educational system for school boards to apply. Your plan announced June 9th is best characterized as gubernatorial overreach.

Article VIII, Section 1 of the Constitution of Virginia explicitly states, “The General Assembly shall provide for a system of free public elementary and secondary schools for all children of school age throughout the Commonwealth….” In Section 7, it is quite clear that the supervision of the schools in each school district will be vested in the school board. The Constitution of Virginia does not grant the Governor the power or legal authority to intervene in the schedules of public school districts. The school board in each locality has the authority and is best-suited to make these decisions.

It is also worth noting that our public schools look to the Virginia Department of Education (VDOE) for guidance, not decree. We have received communications from both the VDOE and our local school division, Virginia Beach City Public Schools, that misrepresent the role and authority of the VDOE. Again, individual school boards are empowered with decision-making at the local level, not the Governor or the VDOE.

The Governor has said he intends to reconvene the General Assembly in August. If he does so, the school-reopening issues should be addressed by the legislature at that time, DeSteph said.

Bacon’s bottom line: Be careful, Wise King Ralph, don’t let your emergency powers go to your head. You are acting like a monarch, not a governor, and the peasants are getting restless.

This entry was posted in Education (K-12), Governance and tagged COVID-19, James A. Bacon. Bookmark the permalink.