Virginia Sets up a Snitch Line 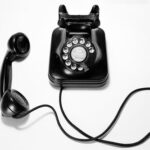 Here’s something that will warm the hearts of every Karen in the commonwealth: Virginia’s Department of Health has opened an anonymous snitch line.

That’s right, no longer will these suburban tattletales have to give the side-eye to the unmasked or publicly berate people who disobey the governor’s arbitrary executive orders.

They can now loose government goons on the disobedient.

Hey, with a little luck they’ll be able to get those with uncovered faces booted from supermarkets and small shops. Eventually ABC licenses could be yanked and businesses that just reopened could be shut down again. The possibilities for adding to the general misery are endless.
Best of all, if the snoops report infractions quickly, noncompliant people can be embarrassed, shamed and humiliated in public. After all, what good is a pandemic if you can’t morph from nosy neighbor to government informer?

All of this from the privacy of mobile phones.

I’m not going to link to the snitch line on the impossible-to-navigate DOH website. But it essentially urges Virginians to report people without masks, crowds larger than Gov. Ralph Northam has decreed to be safe, and reckless folks who engage in life-threatening acts such as tossing a Frisbee on the beach or splashing in a public pool rather than mechanically swimming laps.

Think about the possibilities.

Hey, want to close down a business competitor?

Turn ‘em in for too many parishioners in the pews.

Are your neighbors throwing pool parties with 26 people?

All of this over a virus that has infected less than one percent of Virginia’s population. 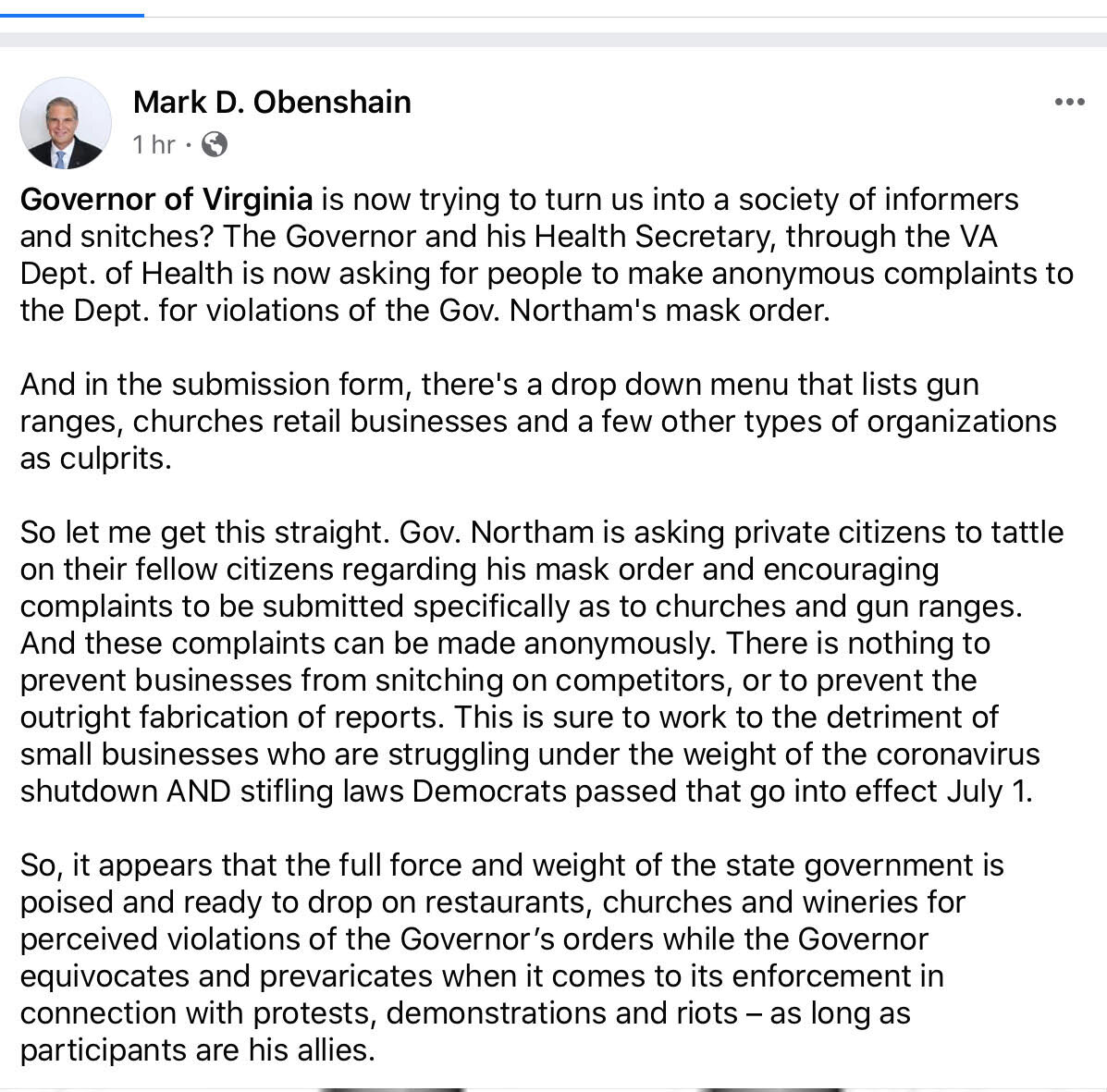 Urging people to spy on their neighbors is disturbing. This isn’t North Korea, China or Iran. Yet.

It’s also overkill. Virginia has been lightly touched by the COVID-19 virus and our numbers improve daily.

This means Virginia’s general population has experienced 641 fatalities. That’s a death rate of about seven per hundred thousand.

If you happen to be in the supermarket cereal aisle and an unmasked person – gasp – walks by you, your chances of being infected are infinitesimal. Odds are, they aren’t carrying the virus and neither are you.

Even if they are, The Wall Street Journal published a reassuring piece this week, “How Exactly Do You Catch Covid-19? There Is Growing Consensus Surface Contamination and Fleeting Encounters Are Less Of A Worry Than Close-Up Person-To-Person Interaction For Extended Periods.” Experts told the WSJ that it usually takes 15 minutes or more of close contact with an infected person to catch the virus.

Nevertheless, Northam’s health department hotline is there to turn in such offenders. Of course it could backfire.

Someone ought to tell Northam what happened when New York Mayor Bill de Blasio opened a similar snitch service in April.

It had to be taken down almost immediately after mischief makers filled it with naughty photos and Karen memes.

It would be a pity if something similar happened in Virginia.