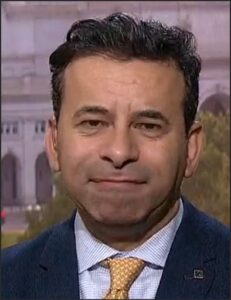 For insight into Governor Glenn Youngkin’s approach to managing the COVID-19 epidemic, read the latest column by Marty Makary, a research professor at the Johns Hopkins University, in The Wall Street Journal. He argues that society is paying a high cost for disparaging the immunological resistance that arises from exposure to the COVID virus.

Some excerpts from his column:

Yet the CDC spun the report to fit its narrative, bannering the conclusion “vaccination remains the safest strategy.” It based this conclusion on the finding that hybrid immunity — the combination of prior infection and vaccination — was associated with a slightly lower risk of testing positive for Covid. But those with hybrid immunity had a similar low rate of hospitalization (3 per 10,000) to those with natural immunity alone. In other words, vaccinating people who already had Covid didn’t significantly reduce the risk of hospitalization.

(The CDC study can be found here.)

Some have argued that the duration of natural immunity is unknown. But until Makary and his JHU colleagues did so, no one had actually conducted a study to find out how long it lasted. “We found that among 295 unvaccinated people who previously had Covid, antibodies were present in 99% of them up to nearly two years after infection. We also found that natural immunity developed from prior variants reduced the risk of infection with the Omicron variant.” By contrast, the effectiveness of the Moderna vaccine declines after six months.

“The CDC study and ours confirm what more than 100 other studies on natural immunity have found: The immune system works,” Makary writes. Public health officials, he says, have a lot of explaining to do.

They used the wrong starting hypothesis, ignored contrary preliminary data, and dug in as more evidence emerged that called their position into question.

And they owe an apology to Americans who lost their jobs to vaccination mandates on the false premise that only vaccination could prevent virus spread and hospitalizations.

If you are an adult who has never contracted COVID-19, it usually does make sense to get vaccinated. But that argument breaks down for people who have survived COVID and acquired natural immunities. Public policy nationally and here in Virginia has never made the distinction between unvaxxed Americans with naturally-acquired immunities and those without. Mandates applied to everyone indiscriminately.

I have written about the distinction between COVID survivors and the unexposed in relation to university mandates that all students and employees get vaccinated, regardless of previous exposure. At the University of Virginia those who refused to get vaccinated were expelled. I can’t speak for other universities, which I have not followed as closely, but UVa tested for COVID extensively and knew who had been exposed and who had not. But the administration never made that distinction in its policy analysis. It never allowed exemptions for students who could document their exposure. Students had the choice of submitting or leaving.

At George Mason University, professor Todd Zywicki managed to win a medical exemption from the university’s mandatory vaccination policy — but he had to file a lawsuit first. And even then, he had to agree to undergo weekly testing, which vaccinated individuals did not. The lawsuit presented a substantial body of scientific evidence suggesting that COVID survivors benefited from natural immunity, but the arguments he presented were ignored by both the Northam administration and other public universities.

The issue may be academic now. Thanks to the vax mandates, the overwhelming majority of students, faculty and staff at Virginia’s public universities have been vaccinated. At UVa the administration saw to that when, in anticipation of Youngkin’s assuming office on Jan. 15, it accelerated its vaccination deadlines to Jan. 14.

However the epidemic plays out, there is little doubt that Youngkin will handle things differently than Northam did. The mandated-vaccination issue is still alive for private employers, including hospitals. Advocates of mandates, restrictions and other tools of social control may emphasize different data from the CDC acquired-immunity study than Makary did, but Youngkin is listening to Makary.