Is Aubrey Layne Serious about a $2B “Hit” to Virginia’s Biennial General Fund from COVID-19? 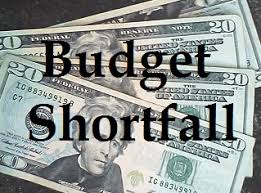 Penny Layne. Aubrey Layne is Virginia’s Secretary of Finance under the Northam Administration. Previously, Layne served as Secretary of Transportation under the McAuliffe regime. Prior to his time in government Layne held a number of executive positions in private enterprise including the presidency of Great Atlantic Properties. Layne is listed by Wikipedia as being a Republican. If true, he must have shown considerable competence and talent to be appointed to senior positions in two consecutive Democratic administrations.

Five days ago, during a Q&A with Richmond Times-Dispatch Magazine Layne effectively made an astonishing prediction. He was asked about the economic fallout from the COVID-19 epidemic in Virginia. The interviewer noted that COVID-19 would trim $2 billion from the state’s $48 billion General Fund budget within the $135 billion biennial budget. Here’s the question, “When the state budget was passed earlier this month, it was based on a full-throttled economy. Now the state is forecasted to lose potentially $2 billion in the upcoming two-year budget because of the coronavirus pandemic. How will the Northam administration address the drastic change facing the approved $135 billion budget?” Layne went on to answer that question and others without ever calling the $2 billion estimate into question.

Is it possible that the economic hit to Virginia from COVID-19 (even after federal bailout money) will only be $2 billion from the General Fund over two years? That’s just over 4% of the General Fund and just under 1.5% of the total budget.

Orange man bad … but please send us money! It’s hard to argue that the Trump Administration’s initial reactions to the health consequences of the Coronavirus epidemic were spotty at best. While he did lockdown flights from China on Jan. 31 to cries of xenophobia, he once again let his words dig him a deep hole. He too quickly declared that the U.S. was fully prepared, this would not be a major disruption and Coronavirus was just another flu. All wrong. However, if you put aside the possible negative consequences of ballooning deficits, Trump’s fiscal stimulus has been on point. Trump’s Treasury Secretary, Steven Mnuchin, worked effectively with Congressional Democrats to quickly fashion a massive stimulus bill that passed Congress and was signed by Trump. Federal money is on the way and Virginia will benefit from that.

Worse than a SWAG. This article involves “arm chair accounting” at scale. However, our legislature is going to re-convene on April 22 and the time to make guesses about the impact of COVID-19 is now. I will happily accept further input into the analysis of COVID-19’s fiscal impact.

The bailout bill passed by Congress has an astronomical $2 trillion price tag. Meanwhile, Virginia has about 2.6% of America’s population. Suspending disbelief and assuming all benefits of the bailout flow to the economy and Virginia gets its “fair share” … we’re due about $50 billion in federal economic benefit. Needless to say, that largesse comes in a myriad of ways rather than just a check payable to Governor Northam. The best way to guesstimate the impact of the federal funds might be to consider those funds as a replacement for lost economic output statewide.

Pre-Coronavirus, Virginia had an estimated state GDP of just over half a trillion dollars per year. That’s a trillion over two years. Accepting the potential for large errors in this analysis … Virginia’s federal payout of $50 billion would cover a 5% decline in economic output across the Old Dominion over the next two years. After that, Secretary Layne thinks we’ll be $2 billion short in the General Fund and an unspecified amount short overall. Of course, there could be further federal bailouts. The supply of printing ink in Washington has apparently not been impacted by the Coronavirus .

Calculating the overall impact. Estimates vary widely regarding the overall economic impact of COVID-19 and its related societal lockdown. The St Louis Fed is pessimistic. predicting 42 million lost jobs and an unemployment rate of over 32%. That unemployment rate is considerably worse than the worst year in America since 1929. Worse than the worst year of the Great Depression. Some will say that the COVID-19 depression / recession will be “V shaped.” This is a familiar refrain among optimists at the outset of every financial crisis  It never seems to work out that way but hope springs eternal. But wouldn’t even a “V shaped” recession / depression with a trough of 32% unemployment set Virginia’s economy back by more than 5% over two years? If so, can we see Secretary Layne’s acceptance of a $2 billion state revenue hit to the General Fund over the next two years as reasonable? It seems wildly optimistic to me.

Never waste a crisis. Normally, speculation about Virginia’s economic future would be just an idle hobby on a cold day in early spring. This year is different. Our General Assembly will reassemble in a few weeks, and budgeting will be one of the critical items for discussion. The Democratic majority will be torn between its almost genetic propensity to tax and spend and the realities of the COVID-19 economic impact. Underestimating that economic impact will invariably result in too little belt tightening and a further fiscal crisis later in the year.

Rahm Emanuel, President-elect Barack Obama’s chief of staff, was quoted as saying, “Never waste a crisis” in The New York Times during the 2008 – 2009 financial meltdown. Emmanuel would go on to become Mayor of Chicago where he would create a world-class crisis for his successor not to waste. Last fall Chicago Mayor Lori Lightfoot would project that Chicago will incur an $838 million budget deficit in 2020 with the possibility of over a billion-dollar deficit in the future. And those estimates were before the Coronavirus. What now Chicago?

Will Virginia’s General Assembly accept rosy financial projections in an effort to create a crisis that they won’t let go to waste? Who can forget how Mark Warner’s campaign promise not to raise taxes was reversed when he “discovered” a fiscal crisis shortly after being inaugurated? Will our General Assembly budget for a $2B hit to the General Fund over the next two years only to “discover” a much bigger fiscal crisis this fall? The time for aggressive cutbacks in state spending is now.