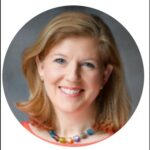 Governor-Elect Glenn Youngkin has announced the first major appointment of his incoming administration: Aimee Rogstad Guidera as Secretary of Education.

As founder and former CEO of the Data Quality Campaign, Guidera brings to the table an extensive background in the use of data to inform K-12 educational policy. In making the announcement, Youngkin described Guidera as an advocate for innovation, school choice, data-driven reform, and high standards.

“Aimee will be a critical partner in restoring expectations of excellence; overseeing a record education budget to invest in teachers, facilities and special education; rolling out innovation lab and charter schools; and standing for a curriculum that prepares Virginia’s children for a dynamic future and removes politics from the classroom,” said Youngkin in the announcement.

“She understands that parents matter, and the best interests of students must come first,” said Youngkin, echoing a dominant theme of his electoral campaign. “Her leadership, intellect, and talent will be tremendous assets as we ensure Virginia kids are the best prepared in the country to succeed, and that they are taught how to think, not what to think. She will help us recharge a system that has settled for too long.”

Traditionally, Virginia governors have recruited their education secretaries from within Virginia. The Guidera appointment appears to represent a departure from that practice. Although Guidera has worked in Washington, D.C., in the nonprofit sector, Youngkin made no mention of any experience she might have had with Virginia’s educational system. She graduated from Princeton and has a master’s degree in public policy from Harvard. Her Linked-In profile lists her business, Guidera Strategy, as being located in the Minneapolis-St. Paul metropolitan area.

A mutual contact describes Guidera as “smart as a whip.” Her focus, he said, is student achievement and teacher accountability.

Guidera stands in marked contrast to Governor Ralph Northam’s selection of Atif Qarni, a Northern Virginia high school teacher. Where Qarni had run unsuccessfully for political office as a Democrat, Guidera’s bio makes no mention of political involvement. Where Qarni was an ideologue who pushed “social justice” in Virginia public schools, Guidera’s data-driven approach suggests that her foremost concern is identifying policies that improve educational outcomes.

The Secretary of Education has two broad areas of responsibility: K-12 education and higher education. I found nothing in Guidera’s background that indicates an expertise in higher-ed. To get a sense of how Youngkin intends to approach higher-ed policy, we may have to wait and see whom he appoints as deputy secretaries of education.