End the Emergency Orders. Now. Every One. 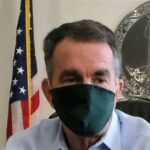 There is no more COVID emergency. Every single emergency order issued by Virginia’s Governor Ralph Northam should be lifted immediately. Not relaxed or revised, ended.

For the millions of Virginians now vaccinated, this is all just virtue signaling, “pandemic theater.” For the millions of Virginians who have made conscious decisions not to get the vaccine, my level of concern for them has evaporated. They, their families, and their health care providers are on their own, and, frankly, most will be fine until winter stimulates the virus again. 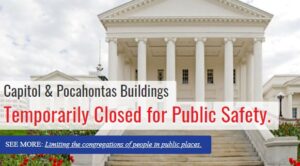 By then, more of them will have come to their senses and gotten the shots.

The rules in place are really starting to look stupid.  President Joe Biden, Governor Northam and all the others holding onto and consciously modeling needless restrictions are the real anti-vaxxers now. They are the ones clearly rejecting all the scientific evidence of vaccine effectiveness.

It is time to lift all the restrictions on gyms. If some terrified soul wants to stay ten feet away from another occupied machine in the YMCA, or wear a mask in the hallway, they have that option. If they are that worried, they should just stay home. For us with the vaccine, we’re ready to open up fully. The crowds are back. The fear is gone.

The homeowner’s association where we live is run by the terrified, although maybe more terrified of lawsuits than disease. Our own fitness center has been totally closed for 14 months because they read the Governor’s Diktat as requiring a full-time employee to check temperatures and wipe every machine forty times a day. But the Y never checks temperatures. An “I’m OK” thumbs-up gets you in, and that of course could be a lie.

Don’t revise the rules. End them. Tell our HOA board to just chill and open the pool Memorial Day, with your full understanding that sunlight kills viruses.

The second grader had a classmate test positive about two weeks ago and was immediately ordered to go virtual for a full 14 days, disrupting their and our lives. That is not in line with the current CDC guidance, which would have allowed kids to return in person sooner after a negative test, which he got.

His possible exposure got his little brother sent home for 14 days, also despite a negative test. His mother is kicking herself for honestly reporting the potential secondary exposure. No refund for those two weeks of day care, sadly.

Right now Terry McAuliffe, seeking the nomination of the Lockdown Party, is running an outrageous lie of a television commercial, blaming the economic damage done to women during the pandemic on discrimination.  It was the various emergency orders and Virginia’s boneheaded insistence on keeping schools closed, despite all the evidence it wasn’t necessary, which cost most of those women their jobs.

The various governors, Northam included, listening to the teacher’s unions destroyed the careers of all those women and may keep them stuck at home into the fall. They must be made to pay for that.

The rules exist now to just pretend the government actually understands how this disease spreads and the risk it poses. It doesn’t. Fourteen months of experience have shown everybody that it is a highly transmissible virus that spreads as easily in states with restrictions as without. The excuse that we needed to protect the hospitals from being overwhelmed is especially ridiculous now that so many of the most vulnerable are vaccinated.

Why is the Virginia Capitol still closed when so many private businesses have never been closed?

Why are so many other government offices still closed to public activity? Are their employees more vulnerable to disease than the hundreds of thousands of other essential workers who never stopped interacting with customers at places like grocery stores?

Look at the collapsing numbers. This is basically over. This is now endemic, not a pandemic anymore, and all the existing rules will not reduce the disease further. The vaccine has been available to older citizens for almost five months now. If 20% of the age 70-80 population and 25% of age 80-plus have not taken advantage, most are choosing not to, and the rest are living in isolation and, thus, are also safer. But those are still the majority of the continuing deaths.

In the past months have you seen an emphasis from Virginia to reach those older, truly vulnerable holdouts? Is that where the resources and messaging have been focused? No, even though that is how you would prevent the most deaths. Politics and posturing are driving the decisions.

End the emergency orders. All of them. Today.  If you won’t listen to me, listen to a Democrat, State Senator Chap Petersen of Fairfax.