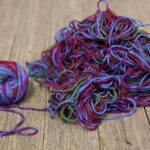 Virginians are still suffering from massive confusion about what the Virginia Department of Education (VDOE) is proposing for its controversial Virginia Mathematics Pathways Initiative. The befuddlement arises from the use of various words that are seeming synonyms but have precise, different meanings when used by educators.

Two columns appearing in my inbox this morning illustrated the continued inability to get the story straight: one published by the Washington Post, which quotes James F. Lane, state superintendent for public instruction, and one by the Virginia Star, which cites VDOE spokesman Charles Pyle.

Here is the root of the problem. “Tracking” means one thing. “Accelerated pathway” means another. “Advanced courses” means another. Lane and Pyle are choosing their words very carefully. But journalists are missing the nuances.

“Tracking” refers to the practice of differentiating students by ability and putting them in slow-lane and fast-lane classes in which teachers can teach at an appropriate pace for each. The thought of forcing children into one-size-fits-all classes has many parents up in arms and VDOE on the defensive. The fear of eliminating tracked classes has driven the controversy.

The term “accelerated pathway,” Pyle told me, is the term to describe a student skipping to a higher class — “for example, a sixth grade student who is learning seventh-grade mathematics content.” It is not synonymous with a tracked class for advanced students.

An “advanced course,” says Pyle, refers to courses above the level of Algebra II, such as pre-calculus, calculus, or trigonometry. It is not synonymous with a tracked class for advanced students.

Add one more confusing term to the mix: “differentiated instruction.” As best as I can determine this phrase is akin to another phrase I have seen used, “enrichment.” Both describe how advanced students in mixed-ability classes would be allowed to explore “extension topics” in greater depth. Differentiated instruction addresses the dilemma of how to keep high-achieving math students challenged in one-size-fits-all classes.

Lane has said a lot of things in his effort to still the waters. “We are not eliminating accelerated courses. We are not reducing the rigor of our courses. … We’re not eliminating any pathways to calculus,” he said at a press conference last week. At no point in the press conference did he say that the elimination of “tracking” was off the table. Indeed, in his public pronouncements, Lane does not talk about “tracking” at all.

He repeated similar verbal formulations again in an interview with WaPo columnist Jay Mathews. Lane said it was premature to assume how the new Math Pathway would turn out, as the standards are still a work in bureaucratic process. Mathews interpreted his statements as insisting that “the state has no plans to eliminate tracking (separate classes for students at different levels) from kindergarten through 10th grade.” But at no point does Mathews quote Lane as actually saying that.

Apparently seeking clarification after the Lane interview, Mathews talked to spokesman Pyle. He wrote: “Lane’s spokesman later told me ‘he does unequivocally denounce the idea that every student should be forced to take the exact same math courses at the same time without options for acceleration.'”

What does that mean? The superintendent does not reject one-size-fits-all classes — he rejects such classes without options for acceleration. That’s a weasel-word way of saying that he does accept mixed-ability classes as long as (refer to the glossary above) high-achieving students have the ability to skip a grade in math instruction. But Mathews understood, and reported, it as a rejection of mixed-ability classes altogether.

Similarly, in a column in the Virginia Star Dave Huber, a retired educator, conflated the the terms “advanced classes” and “acceleration.”

A little over a week ago reports surfaced that the state would be doing away with advanced math classes for all grades except 11 and 12. But then reports came out noting the state’s education chief disputed those reports, saying “absolutely acceleration is not going away in mathematics courses.”

However, it was unclear whether this “acceleration” would be done via specialized courses, or whether teachers would have cater to students’ individual needs via “differentiated instruction” in mixed-ability level (heterogeneous) classes.

Public school educators are under no illusions. Last week I quoted a “talking points” memo written for the Fairfax County school board that said the VMPI would provide students “a path to explore mathematics in a way that meets their needs without having to take a different course than their grade-level peers.”

Lane could easily end the confusion once and for all by coming out and saying, “The Virginia Mathematics Pathway Initiative will not eliminate tracking.” But he hasn’t. He has said everything but that.

There are two ways to interpret Lane’s choice of words. One is that he is too obtuse to see the source of confusion. I don’t believe that. The other interpretation is that he is deliberately playing upon that confusion because it serves his purposes. He knows that the “tracking” issue could become an explosive issue in an election year in which Republicans could recapture the House of Delegates by winning seats in Northern Virginia where the outcry has been the loudest. Lane wants to submerge the issue while the Math Pathway continues down its bureaucratic path. But he doesn’t want to lie. Rather, he has chosen a strategy of obfuscation.

This entry was posted in Education (K-12), Media, Uncategorized and tagged James A. Bacon. Bookmark the permalink.