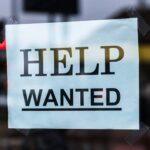 Sometimes nothing will lift a kid’s mood like a McDonald’s Happy Meal.

On Tuesday I was running a raft of errands with a 5-year-old strapped into the back seat. As it crept past lunchtime and she was clearly starving, I saw the blessed Golden Arches.

While we idled in a long ribbon of cars at the Hilltop location we were entertained. The police were placing two suspects under arrest just inches from our windows.

“What are they doing, Kerry?” asked my granddaughter,  transfixed by the drama.

“They’re making the bad guys put their hands on the truck so they can pat them down and make sure they don’t have guns.”

“Wow!” she exclaimed, gaping at the scene.

“We’ll have to come here more often,” I replied.

When we got to the microphone window I ordered a 4-piece chicken McNugget Happy Meal for her.

At the second window we collected our McLunches but as we pulled away a little voice from the backseat cried, “Kerry! I don’t have any nuggets.”

Sure enough. There were fries, apple slices and a little toy inside the box. No poultry.

“I already have this toy,” she complained.

“Nothing we can do about that. But we can get your chicken.”

We hopped out of the car, walked up toward the entrance, giving the cops plenty of room.

The doors were locked and tables were empty.

Nothing to do but get back in the car, roll into line and watch the next installment of VBPD Live.

“What are they doing now?”

“Those are handcuffs,” I explained. “See, they told the man to lie down on the ground with his hands behind his back and they’re cuffing him so he can’t get away.”

Have to admit, it was entertaining.

Back at the microphone window I explained our nugget-less situation and asked why the doors were locked, figuring it might be related to the crime.

The answer was more banal. 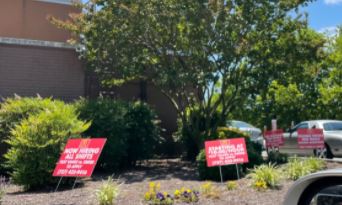 “We don’t have enough people working to open up,” came the disembodied voice.

Of course. There was a forest of help wanted signs.

Proof that the fat unemployment checks plus stimulus checks flowing from the government are killing the service industry.

Heck, if it’s just as profitable to sit home and watch “The Great British Bake Off” as it is to sweat over a fryer, who’s going to get a job?

People who don’t want government handouts, I suppose. But it seems there are fewer and fewer of them.

In fact, when I tweeted about the situation, lefties gleefully replied that it served McDonald’s right for not paying workers more.

I dunno. Ten bucks an hour to flip burgers and forget to put the nuggets in a Happy Meal seems about right to me.

When my son lost his job in March 2020 due to the governor’s shutdown, his unemployment check was larger than his paycheck had been. But the minute his workplace opened up, he was back on the job. Others did not return.

When I Tweeted that out, a candidate for the House of Delegates — a Dem, natch — accused my kid of being “short-sighted” to go back to work and should have used that “hiatus”  to save up for a car or something.

Geezus. I hope this person isn’t elected. We don’t need any more politicians who prefer handouts to work.

In a boneheaded editorial headlined, “No One Cause For Worker Shortage,”  the local newspaper claimed that there are many reasons for individuals refusing to reenter the workforce. They chided those of us who believe in free markets. They said the free market is telling employers to pay more.

Nonsense. When the feds augmented Virginia’s unemployment checks it forced businesses to compete with government handouts to hire people.

The free market? Not even close. In fact, it’s the OPPOSITE of free markets.

Here’s the money quote from that opinion piece:

…it’s telling that so many business leaders seem intent on forcing people back to work by ending the additional unemployment benefits before they’re scheduled to expire on Sept. 1.

Yep, leftists see the move to trim benefits now that the economy is open and COVID has retreated as big bad businesses trying to FORCE people back to work.

There was a time when we expected everyone who was able-bodied to work and support themselves. Being on the dole was a source of embarrassment, a temporary state until employment — any kind of work — could be secured.

Now those on the left see this extended period of joblessness as a merry “hiatus.” A chance to recharge one’s batteries, save up for a Tesla  and demand higher wages for unskilled labor.

We know what Covid-19 did to the people who were stricken with the virus. In the months to come we’ll get to see all of the collateral damage of the lockdowns.

Here’s one for you: Looks like the virus killed the American work ethic.

This entry was posted in Labor & workforce and tagged COVID-19, Kerry Dougherty. Bookmark the permalink.