COPN Drives Richmond’s Tuckahoe Orthopedics to Be Acquired to Survive 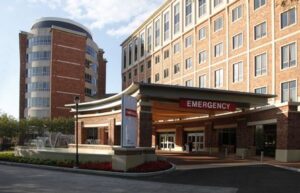 This is pretty straightforward.

COPN is driving a physician shortage in Virginia because doctors are not granted the independence to practice the way they want to with the facilities and equipment they need and that in turn is depressing their incomes. Reversing Robin Hood, COPN takes from the physicians and gives to the hospitals.

I offer in this essay a direct example. 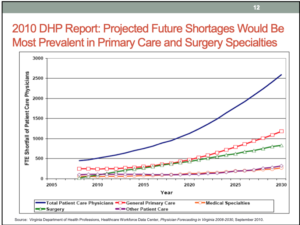 The Medical Society of Virginia is of the opinion that:

This story validates MSV’s view, and reminds that COPN negatively affects physicians practices even in Richmond, the one Virginia metro area with competitive hospital systems.

HCA, Bon Secours and VCU Health compete, but act as one successfully to beat back competition from physicians’ practices using the COPN process.

And then they buy the ones they want, because those physicians practices, limited by COPN in the services they can provide, are worth far more to the integrated hospital systems as sources of patients than they are to the practices’ partners as independent places to practice. The ones without major scale, an exception being massive OrthoVirginia, have a very hard time competing

Tuckahoe Orthopedics has been in business for 40 years.

The sale of the practice to Bon Secours says a lot about the struggles of independent physicians practices in general and orthopedics practices in particular in Virginia, even in the Richmond area. From the RTD article:

“This acquisition will allow Tuckahoe Orthopaedics to continue to provide the highest quality orthopedic care to our patients with the many resources and efficiencies available to us through the backing of the region’s premier community health system,” Dr. Jed Vanichkachorn, president of Tuckahoe Orthopaedics, said in a statement.

There is a significant and growing shortage of physicians in Virginia as reported in every study, the most thorough of which was conducted at the request of the General Assembly in 2013.  There are many reasons for that, including  the wage suppression in Virginia for physicians and other health professionals that follows their lack of ability to compete independently like night follows day.

The shortage is about to get worse than predicted from the stresses of COVID on the profession.

Single point Virginia solution. COPN is the one reason for that physician shortage that Virginia’s General Assembly and its Governor can independently do something about if they have the will to do so.

This entry was posted in Antitrust, Health Care, Uncategorized and tagged James Sherlock. Bookmark the permalink.