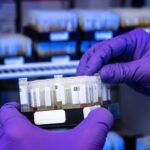 Looks like the jig is up for the CDC. Someone needs to tell the secretive political animals running the agency that when you’ve lost The New York Times, you’re done.

On Sunday, The Times published a story criticizing the Centers for Disease Control for hiding massive amounts of data from the public. “The CDC Isn’t Publishing Large Portions Of The Covid Data It Collects.”

Why has the CDC “published only a tiny fraction of the data it has collected?“

The agency has been reluctant to make those figures public…because they might be misinterpreted as the vaccines being ineffective.

Uh-oh. What are they keeping from us and why?

When the CDC published the first significant data on the effectiveness of boosters in adults younger than 65 two weeks ago, it left out the numbers for a huge portion of that population: 18- to 49-year-olds, the group the data showed was least likely to benefit from extra shots, because the first two doses already left them well-protected.

Call me cynical, but it looks as if the CDC doesn’t want us to know that vaccine boosters make no sense for the 18 to 49 year-old group.

It’s time someone reminded these government factotums that the taxpayers of America pay their salaries, paid for the vaccines and have a right to know how well they actually work. And If they work.

The CDC gets $15.4 billion a year from taxpayers. At the very least they should share data with the public.

It’s been clear for months that the vaccines do not work as promised. They don’t “stop” the virus as CDC Director Rochelle Walensky claimed they would last spring. They don’t prevent transmission or infection, either.

Has anyone else noticed that Walensky and company no longer talk about “breakthrough” infections, which made the events seem rare?

The omicron variant showed that the virus was indiscriminate and highly contagious. Not only did cloth masks offer virtually no deterrent to the virus. Neither did the vaccines.

The CDC claims the vaccines prevent serious illness and death.

Show us ALL of the data and let us decide if that’s true.

So far, the agency has done nothing but cherry pick data supporting its relentless get-vaccinated-get-boosted-no-matter-your-age-or-risk-of-serious-illness agenda.

Worse, the agency was able to persuade Joe Biden to issue vaccine mandates fir young and old workers, which were struck down by the Supreme Court, but not before thousands of Americans lost their jobs.

That hasn’t stopped the CDC from pushing them.

Frankly, the CDC behaves more like an appendage of the Democratic Party than a public health agency.

“The C.D.C. is a political organization as much as it is a public health organization,” said Samuel Scarpino, managing director of pathogen surveillance at the Rockefeller Foundation’s Pandemic Prevention Institute. “The steps that it takes to get something like this released are often well outside of the control of many of the scientists that work at the C.D.C.”

The performance of vaccines and boosters, particularly in younger adults, is among the most glaring omissions in data the C.D.C. has made public.

Americans don’t trust the CDC. With good reason. The agency is hoarding information because it fears it would undermine the vaccine effort if it were made public.

Beyond that, the CDC is now trying to cover up the fact that covid mitigations are hurting children.

For the first time in nearly two decades, the CDC has lowered developmental milestones for toddlers.

Since 2004, the CDC has stated a 24-month-old should have a vocabulary of ~50 words. Now, that milestone of ~50 words has been pushed back to 30-months-old. Many parents are now wondering if this new lowered threshold highlights or proves the harmful impacts of the pandemic on children’s learning.

Of course COVID mitigations have harmed children. There’s near unanimity on that. Still, it’s shocking to see that tots are falling more than six months behind on important developmental milestones.

This is terrible news and will have repercussions for years. Changing the guidelines doesn’t change the facts.

It’s long past time the CDC published all of its findings about COVID-19. The good, the bad and the ugly, That work belongs to the public .

Let’s see what the multi-billion dollar agency is hiding.

This entry was posted in Federal and tagged COVID-19, Kerry Dougherty. Bookmark the permalink.