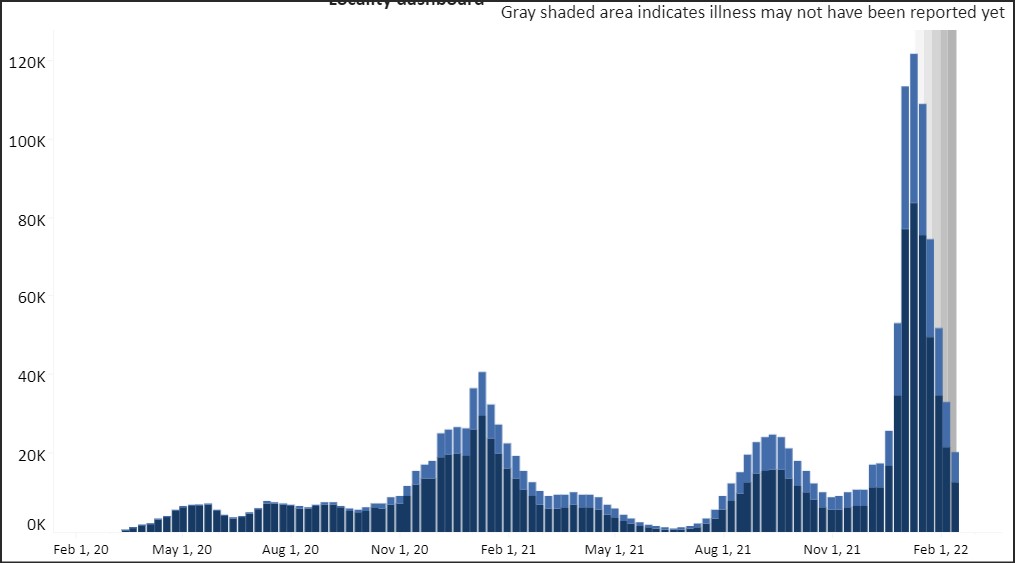 Pandemics are not new. They have been around as long as the human race has been and will be in the future. Before COVID arrived on our shores from China, the 1919 Flu Pandemic originated in the trenches of World War I and spread rapidly, picking up the name Spanish Flu, a misnomer since it cropped up in several places. It ultimately killed 17 to 50 million people and possibly as many as 100 million. It was one of the deadliest pandemics in human history. By comparison, COVID-19 has killed 5,826,463 globally, or two-thirds the population of New York City, far less that the 1919 villain. Nevertheless, COVID has had an enormously outsized impact on our nation and the world. Beyond deaths, it has disrupted economies, lives, education, and indeed freedom. It was in a sense — despite the occurrence of the 1919 pandemic — a Black Swan Event.

Nassim Nicholas Taleb wrote about this phenomenon in his 2001 book Fooled by Randomness. A Black Swan occurrence has three dimensions. First, it’s unpredictable, 1919 notwithstanding. Yet COVID’s unpredictability had more to do with the way it was unleashed than the fact that it materialized. Second, a Black Swan event has severe and widespread consequences. COVID surely has. Third, following a Black Swan occurrence, people—in hindsight—tend to rationalize the event as having been predictable. What should have been quite predictable is that gross incompetence and irresponsibility by so-called civilized nations who engineer deadly viruses — as China did — will yield devastating results. Let’s hope we learned something from that.

Predictable or not, however, COVID has imperiled many things, but chiefly our freedom. When the book is ultimately written about the COVID pandemic, there will be a lengthy itemization of gross missteps. On that list will be how governments destroyed their economies by overreacting and not focusing on the correct strategies to address the pandemic. Among those was an abject failure to focus on the most vulnerable populations, the elderly and those with co-morbidities or otherwise physically compromised, many arising from unhealthy lifestyles. This was evident in Europe almost immediately before the pandemic swept onto our shores. Conversely, it was noted almost from the beginning that children were in a very low-risk category, something European nations observed with much relief. Yet here in the U.S. and in other places, blanket policies were put in place that were unwise, treating everyone as if they needed to be quarantined or isolated. That would have been wise for clearly defined vulnerable populations, like the elderly and the ill.

Instead, American politicians imposed sweeping mandates that intruded on both public and private entities. In essence, the COVID Black Swan hatched a flock of black cygnets in the form of draconian policies that strangled our economy, destroyed small businesses, ruined lives, and upended the education of millions of American children. It will be very hard to resolve.

But the most devasting hatchling was the one that threatened our basic freedoms. That was a Black Swan few of us saw coming. Who would have imagined that governors would become near dictators through executive orders while legislatures remained impotent and apparently unwilling to oppose those measures, even those that science did not support? The mask hysteria, wholescale closing of businesses and schools, and vaccine mandates were and are completely unjustified.

Even the arrival of those governmental black swans could have been foreseen by those versed in history. The Greek historian Thucydides wrote about a pandemic that befell Athens when it was at war with Sparta. Athenians, retreating inside the walls of the city for protection, found themselves in tight quarters. A flu broke out and countless of their number died. Beyond illness, Thucydides also noted the onset of despair which he called the “most terrible feature of the sickness.” Depression and fear were common. Sound familiar?

A fear has been stoked in America by politicians who have used the pandemic to expand their power to control us, suspend our liberties, spend our money recklessly, and threaten our way of life. In a sense, their lust for power has contributed to the dissipation of our social order. That debasement threatens the freedoms we enjoy from our Constitution, our free enterprise system, and our fundamental adherence to the nature of family units as the central organizing institution in our society.

Want proof? The election of Conservative Glenn Youngkin as Governor of Virginia placed parental rights above governmental heavy-handedness and the denial of freedom.

North of us lies Canada whose citizens have surrounded the nation’s capital demanding that the government respect their freedom. Prime Minister Justin Trudeau has resorted to imposing emergency powers to end the protest, ostensibly to combat terrorism. He would do well to call Governor Youngkin for correct advice. Otherwise, his Black Swan may become his swan song.

Scott Lingamfelter, a former member of the House of Delegates, lives in Northern Virginia. He is author of “Desert Redleg: Artillery Warfare in the First Gulf War.”

This entry was posted in Uncategorized and tagged COVID-19, Scott Lingamfelter. Bookmark the permalink.