Can We Afford Affordable? 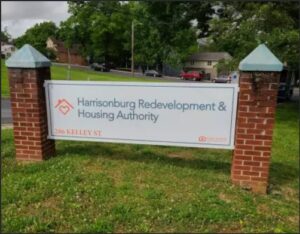 Harrisonburg’s taxes are going up and will continue to go up because of housing decisions.

Stated another way, because talking about taxes makes me sound like a Republican, the city will have to keep building more schools and hiring more teachers and bus drivers and principals because of a perceived housing crisis (or, if you prefer, the way the solution to the housing crisis is being perceived).

The past housing decision was the zoning change that encouraged owners of large properties to add 3,000 beds of student housing a decade or so back. Students moved out of older complexes and families with children moved in.
The future housing decision is the proposed Garber’s Church Road complex that will add 1,000 housing units to the city. The idea is that the complex, planned by the Harrisonburg Housing Redevelopment Authority, will provide better housing for people who can’t afford it now. It’s a laudable goal, taken in isolation.

The chair of the housing authority told The Harrisonburg Citizen the project wouldn’t draw more residents to the city. “This is predominantly housing for people already here.”

The first question would be how that exclusivity will be enforced or, failing that, what sociological phenomenon will make only current residents want to live there. The second is what happens to the housing in Harrisonburg that these people move out of, assuming the original claim is somehow true.

Historically, families with children will move in. It’s not clear why the HRHA chair thinks things will be different this time. “[N]o cost to the city taxpayer,” he tells The Citizen. Then again, if each of those units has two children in it, that’s a potential cost of $12 million plus the cost of three or four new school buildings, based on current funding per student.

People need affordable housing. That should be the beginning of the discussion, not the end of it. Unless there’s a plan to tear down the housing these folks move out of, the city needs to take a deeper dive into the broader aspects of what affordable means.

This column has been republished with permission from Still Not Sleeping.

This entry was posted in Housing and tagged Joe Fitzgerald. Bookmark the permalink.