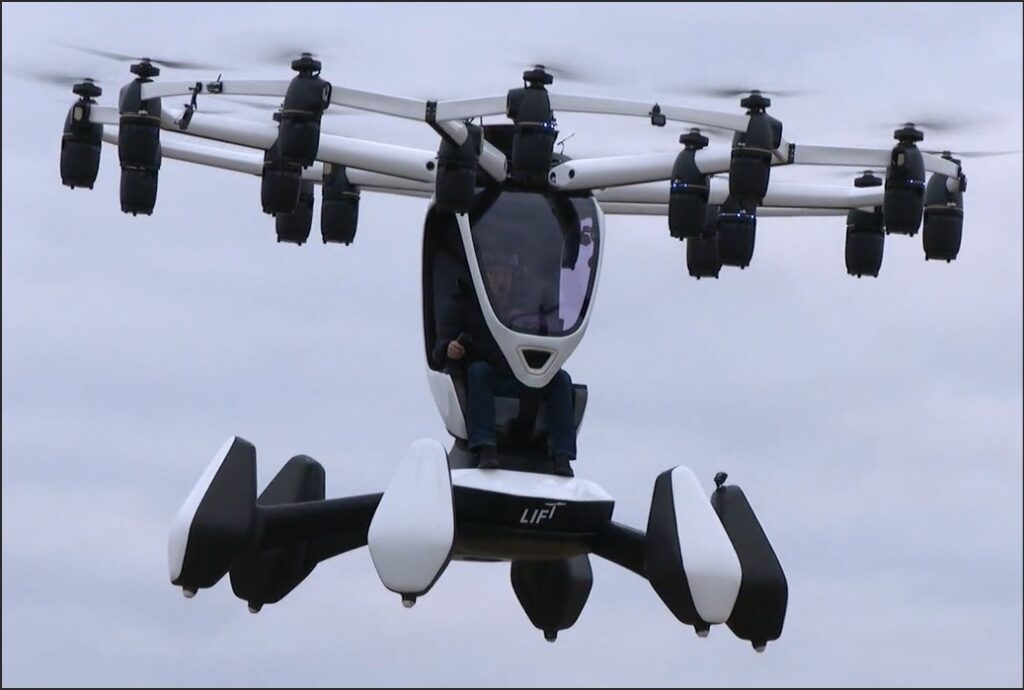 Real rebound or just a dead cat bounce? After bottoming out at around 21,500 riders a year ago, the Virginia Railway Express commuter rail service in Northern Virginia is experiencing a recovery in ridership, reports The Free Lance-Star. In February, VRE reports, monthly rider trips totaled more than 52,900. That’s a far cry from the previous, pre-COVID February ridership of 355,000, but it’s something. The decision by a federal judge in Florida to throw out the national mask mandate for public transportation might help revive ridership a bit more.

Yet… the latest numbers suggest that former VRE riders are NOT taking about 300,000 trips monthly that they had been before the pandemic. Some are likely working at home, but some may be adding to congestion along I-95. Virginia has invested in the rail infrastructure, so, it’s a shame if people aren’t using it. On the other hand…

Self-driving cars and flying cars. The Virginia Mercury reminds us that Sheppard Miller, Virginia’s Secretary of Transportation, thinks flying cars could be a reality within the next 50 years — a reason that the Commonwealth should “reexamine transit.” People have been fantasizing about flying cars for a hundred years now, and we have yet to see anything remotely practical. But a wave of venture-funded innovation is giving rise to what might better be described as personal flying machines. They’re not cars with four wheels and wings; they’re battery-powered, drone-like craft that can lift off from parking lots and the tops of buildings. On Sunday, 60 Minutes broadcast a clip of Anderson Cooper flying (seen above) in one such device.

On a more prosaic note, the Mercury discusses the rise of autonomous vehicles of the earthbound variety, such as Fairfax County’s Relay electric shuttle, which seats up to six passengers and patrols a one-mile route between the Dunn Loring Metro Station and the Mosaic District at 10 miles per hour. Autonomous ground vehicles raise a vast array of issues — they have been known to run red lights, swerve toward concrete barriers and even kill pedestrians. The artificial intelligence still needs work, and legal liability issues need to be hammered out.

The Fairfax experiment with the Relay sees autonomous vehicles (AVs) as potential feeders into the Washington Metro — cheaper than taxis, Ubers, or shuttles because they require no drivers. In this vision, self-driving vehicles can be a transit savior.

But others see the AVs as a pipe dream. “Public money should go where it serves the public interest with equity and cost efficiency in mind, and I don’t think this shuttle meets that standard,” Peter Norton, author of “Autonorama: The Illusory Promise of High-Tech Driving,” told the Mercury. “The real future is in far more cost effective things like bike lanes and bus-only lanes. How many nice bus shelters could Fairfax County have got for $520,000?”

As a curmudgeon, I don’t find myself delighted by the prospect of “Flying Under the Influence” and propellered contraptions dropping out of the sky becoming a daily part of our lives.

On the other hand, if you watch the 60 Minutes clip, you will be awestruck by the creativity and innovation in engineering and design of the flying machines. With the tech sector throwing billions of dollars in autonomous vehicles of all stripes and varieties, I’m betting they’re going to become a reality. I’m with Miller: it makes sense to think just as creatively about Virginia’s transportation future. It may make sense to maintain investments in infrastructure we’ve already built. But we would be foolish not to consider how we might benefit from adopting outlandish new technology.

This entry was posted in Science & Technology, Transportation and tagged James A. Bacon. Bookmark the permalink.