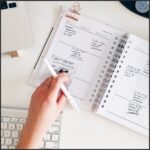 Keep an eye on Virginia Beach City Council. They have a habit of shoving aside controversial matters only to bring them back when they think no one’s looking.

This week, the conscience of the council, John Moss, embarrassed his colleagues by shaming them for wanting “personal assistants.”

They put off the vote on a plan to hire personal help until some vague point in the future. You know, when the public’s attention is elsewhere.

These self-important little potentates — who refused to reduce the real estate tax rate to help struggling residents this spring — now want to use tax dollars to hire personal aides to lighten their work loads.

Not to worry, they say, the loot wouldn’t come from the general fund, it would be drawn from the council’s favorite slush fund. The one made up of ghost city positions that exist on paper but are never filled.

That artificially bloated fund should not be used to pay for unpopular or pet projects of city council that wouldn’t be approved any other way. Every cent came from taxpayers. They need to give the money back.

Here’s an idea: Any city job that’s unfilled for more than 90 days ought to be automatically abolished. To resurrect that position the department head should be hauled in front of the public to justify its necessity.

Under the preposterous plan for personal assistants, the city would use $460,000 of its ghost employee fund to hire assistants for all council members at a rate of 20 bucks an hour, for 20 hours of work a week. Best of all, these wouldn’t be city employees, they’d be contract workers.

“The city charter doesn’t allow council members to have employees,” Moss told me, so the contract provision would be a sneaky work-around.

The chicanery never stops with this crew.

“If we think it’s right to have personal assistants we should begin the process of changing our charter,” Moss said. “Take it to the General Assembly and then put it to the voters to see if they want the change.”

Good luck with that.

Moss, who was first elected to city council in 1986, points out that every member of that body begged voters to give them a job knowing that they would have to do the work themselves. Moss reckons that since he retired from his full-time job with the Navy he spends about 70 hours a week on council business.

He’s not complaining. Or asking for help. And Moss is hands-down the most thorough member of city council. The only member who has a clue about budgeting.

Memo to those whining about the work load: It’s called public service for a reason. If you can’t keep up, step aside.

On top of that, with a move to a ward system, most council members now represent about 46,000 voters instead of the entire city of 460,000.

“That’s a 90% reduction,” Moss laughs. “Yet just as their work load drops they want personal assistants.”

Of course they do. It makes them feel important.

But why stop at personal assistants. Why not chauffeurs and cars? Surely these elites could get more work done if they didn’t waste so much time driving themselves around town like peasants.

While we’re making life easier for politicians, how about personal stylists?

Lord knows, most of the members of Virginia Beach City Council could use those.