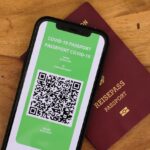 Oh look. Rep. Don Beyer, a Virginia car dealer who served eight years as Virginia’s lieutenant governor and ran unsuccessfully for governor in 1997 against Jim Gilmore, is in the news. The congressman who represents the second-most Democratic district in the commonwealth — the 8th — has joined the Biden administration in trying to completely balkanize America into the vaxxed and unvaxxed.

As if Biden’s likely illegal mandates to force federal workers — excluding postal workers or members of congress — to be vaccinated wasn’t a strong enough start on a medical apartheid system in the U.S., Beyer wants to go full Fauci on the unvaxxed.

To that end, Beyer has introduced a bill that he’s dubbed “Safe Travel Act,” which would ban the unvaccinated from commercial flights and Amtrak unless they can produce a negative COVID test not more than 72 hours old.

This bill may be masquerading as a safety measure, but it is purely punitive.

Beyer introduced his proposed legislation knowing that study after study has shown that one of the safest places to be in this pandemic is a commercial jet. Like all of Biden’s heavy-handed edicts it also ignores the presence of 41 million Americans who have been infected with COVID-19 and who probably have antibodies that provide superior protection against the virus compared to vaccines.

It’s an unneeded measure that’s guaranteed to annoy both the vaccinated (some of whom may recoil at the notion of presenting proof of vaccination to travel domestically) and the unvaxxed.

A study conducted last year found that sophisticated air purification systems on aircraft minimize the dangers of flying even when an infected person is in the same row.

About 99.99% of particles were filtered out of the cabin within 6 minutes due to fast air circulation, downward air ventilation and the filtration systems on the aircraft, reports Reuters.

As if flying isn’t unpleasant enough, Beyer wants to add another barrier to jumping on a flight: Vaccine passports.

You want to know how odious of an idea this is? It’s garnered the full-throated support of Anthony Fauci, who last weekend pronounced Biden’s mandates to be too “moderate.” Yep, the same doctor who stuttered and stammered when asked on CNN last week why the CDC doesn’t acknowledge natural immunity after an exhaustive Israeli study showed it to offer powerful protection against COVID-19 and its variants.

What’s next, proof of vaccines to drive a car? Get married? Visit national parks?

“Requiring airport and Amtrak travelers and employees to provide a proof of COVID vaccine or negative test is just common sense,” said Rep. Beyer. “These are easy steps we can take to make travel safer… Americans want a return to normal that includes traveling for business or pleasure, and Congress can help make people comfortable traveling again by putting basic requirements in place that prevent the spread of Covid.”

News flash, Congressman. Many of us with common sense have been flying regularly during the pandemic, even before vaccines were available, because we knew that flying was one of the safest modes of transportation due to sophisticated air purification systems.

The airlines are desperately trying to recover from the pandemic. The last thing they need right now are restrictions that make it even more cumbersome to fly. In fact, the majority of domestic airlines have refused to require vaccinations for their crews.

According to Forbes: “U.S. airline executives and airline union leaders have argued that any additional Covid-19 restrictions for domestic flyers would be bad for business, resulting in fewer people willing to fly, and ultimately putting jobs at risk.”

But, hey, who cares about the health of the airline industry when there’s a chance to heap more punishment on those who chose not to get vaccinated?