A SW Virginia View of the Budget Impasse 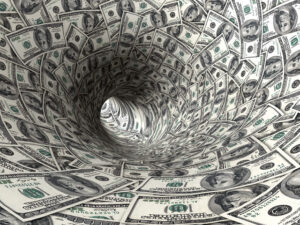 Virginia’s headline-grabbing elections last fall put Republicans back in the top three statewide offices for the first time in about a decade and a Republican majority back in the House of Delegates. However, since state senators enjoy four-year terms and none were up for election last November, senate Democrats still hold a slender 21-19 majority. Led by Senator Louise Lucas, D-Portsmouth, who, according to the Virginia Mercury, owns a shop that sells illegal and misidentified marijuana products with labeling targeting children, Senate Democrats have promised to be a “stone wall” against GOP-led proposals from Governor Glenn Youngkin and the House of Delegates.

Due to disagreements between the parties, the General Assembly failed to create a budget for 2022-2024 during its normal session, which adjourned earlier this month. Therefore, Governor Glenn Youngkin has called the General Assembly back to a special session in April. Both the Senate and House have sent representatives to a special budget conference committee with the aim of hammering out a compromise.

Despite the recent pandemic, lockdowns, and economic downturns, the Virginia government currently enjoys a $16.7 billion surplus.

One particular sticking point between the two chambers of the General Assembly is the GOP-led proposal to eliminate the tax on groceries. Since groceries make up a larger slice of a personal budget for people on limited incomes, that tax hits working people and those on fixed incomes particularly hard. Delegate Joe McNamara, R-Roanoke County/Salem, spearheaded the legislation to end the tax on groceries. According to his website, McNamara joined the Roanoke County Board of Supervisors and never raised a tax. He is also the only Certified Public Accountant (CPA) in the General Assembly. Former Governor Ralph Northam earlier spoke of ending that tax but despite four years in office and a Democrat majority in the legislature, he never did so. 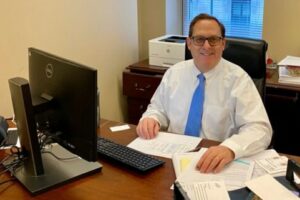 Other issues up for debate include doubling the standard deduction on state taxes, reducing the gas tax, and how much of the surplus to return to taxpayers versus spending on other government programs.

According to the Richmond-based Virginia Family Foundation, some of the bigger differences include:

Under either approach, the vast majority of the state surplus is slated to be kept in government coffers for later spending, with only a small percentage to be returned to the workers and taxpayers who generated the funds.

Due to a combination of reduced U.S. domestic energy production, pandemic-related government hand-outs, historic government spending and printing of money, and now the Russian invasion of Ukraine, inflation is at the highest rate since the 1970s. Most Virginians under the age of 50 have never experienced such inflation.

Despite the euphoria that many experienced when they received their pandemic-related relief checks months ago, reports indicate gasoline will cost households $2,000 more per year and groceries $1,000 more. In other words, the average family can expect to have roughly $3,000 less this year to spend on everything else — which also costs more.

For numerous political, economic, religious and cultural reasons, the Democrat party has become increasingly unpopular here in the Southwestern and Central regions of Virginia, as the GOP has been in ascendancy. After the defeat of scandal-plagued Delegate Chris Hurst in the New River Valley last November, Sen. John Edwards, D-Roanoke, who represents the highly gerrymandered 21st District, and Delegate Salam “Sam” Rasoul, D-Roanoke City, are the only remaining Democrats in the General Assembly representing this western one-third of the Commonwealth.

Eyes are on the General Assembly in its special April 4 session to see which versions of the budget and which visions of a future Virginia prevail.

Scott Dreyer lives in Roanoke. A licensed teacher since 1987, he leads a team of educators teaching English and ESL to a global audience. This column is republished with permission from The Roanoke Star.

This entry was posted in Budgets, General Assembly and tagged Scott Dreyer. Bookmark the permalink.