Why the Woke Fixation with “Enslaved” and “Enslavers”? 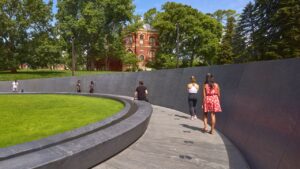 The Washington Post has taken notice of a bill, HB 1980, which would require the five public Virginia universities founded in the ante-bellum era to document their ties to slavery and establish scholarships or economic development programs to benefit communities descended from slaves.

I gave my take on that bill some three weeks ago in this post. In a nutshell, I argued that you can’t rectify the effects of past racism with reverse racism.

My focus today is the Post, whose story bears all the tics and tropes of contemporary progressivism. In particular, the newspaper appears to have adopted, as standard practice, use of the terms “enslaved” and “enslaver” in place of “slave” and “slaveowner.” Here are two examples in this article:

Each of the five schools in recent years has confronted, or begun to confront, what role it played in the enslavement of people of African descent. In that way, they are hardly unique.

U-Va. was founded in 1819 by Thomas Jefferson, the third U.S. president, who was an enslaver.

According to dictionary usage, the verb “to enslave” means to make someone a slave, as in, to sell a person into slavery or condemn him or her to slavery.

In using the terms “enslaved” and “enslaver, the Post is making factually inaccurate statements, and one is prompted to ask what ideological purpose is advanced by doing so.

Africans were “enslaved” by other Africans who launched raids, razzias and wars of conquest for the express purpose of “enslaving” their victims. The conquerors kept some of these captors in servitude in their own societies and sold others to European slave traders on the coast. Europeans did not deprive the “enslaved” of their freedom, African kingdoms such as Benin, Ashanti, and Dahomey did. The abomination of abducting free people and selling them into slavery was an African sin, not an American one.

That is no defense of slavery in the United States, which was a morally evil institution. But there are degrees of servitude in human societies across history,  and degrees of evil. In contrast to the sugar plantations of the Caribbean and Brazil, where conditions were so squalid that slaveowners had to continually replace their slave populations with fresh bodies, slaves in the United States after the 1803 abolition of the trans-Atlantic slave trade experienced a natural population growth of 25% per decade. Thousands of slaves were granted their freedom. Thousands were allowed to work on their own time, earn wages and accumulate property. Despite anti-literacy laws, thousands learned to read.

Is the difference between a “slave,” someone who was born into slavery, and an “enslaved” person, who at one point in his or her life was free, a distinction without meaning?

That’s a point worth debating. To be sure, the wokesters at The Washington Post deem it a meaningful distinction or they would not substitute one set of terms for the other in defiance of their dictionary definition.

I conjecture that Post writers and editors, like their woke fellow travelers in academia, seek to portray U.S. slavery as uniquely evil. The condition of an “enslaved” person sounds even more debased than that of a mere “slave.” To call someone an “enslaver” implies an even greater degree of culpability than the term “slaveowner.” The new vocabulary heaps maximum guilt upon white people collectively and serves the goal of attributing modern-day dysfunctions in African American society, especially inner city society, to the legacy of slavery.

Slavery ended nearly 160 years ago and the Civil Rights revolution occurred nearly 60 years ago, but the crippling unintended consequences of government programs are alive and well. The obsession with slavery is designed to distract Americans from the abject failure of the policy prescriptions favored by liberals and progressives to create opportunity and uplift for African Americans, and in the process absolve woke whites of their own complicity.