Combating Past Racism with Reverse Racism 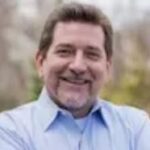 Del. David Reid, D-Loudoun, has introduced HB 1980, a bill that would establish the Enslaved Ancestors College Access Scholarship Program. Beginning in the 2022-2023 academic year, five public Virginia universities each would provide scholarships to at least one African-American Virginian student born in the Commonwealth sufficient to cover tuition, fees, room, board, books, other educational supplies, and even tutoring — a full ride.

To qualify, the student could come from a household earning up to four times the federal poverty guidelines (roughly $70,400 in 2020 for a family with a single parent and single child). The State Council of Higher Education (SCHEV) for Virginia would implement the program in collaboration with the institutions and report periodically to the General Assembly.

The universities covered by the law include the University of Virginia, Longwood University, Virginia Commonwealth University, the Virginia Military Institute, and the College of William & Mary. The origins of these five institutions reach into the ante-bellum era. Presumably, all five owned slaves. The purpose of the scholarship, says the bill, is to reckon with “the history of the Commonwealth,” address “the long legacy of slavery in the Commonwealth,” and acknowledge that “the foundational success of several public institutions of higher education was based on the labor of enslaved individuals.”

The bill raises a host of legal and moral issues. I’m not qualified to comment upon the legal issues, but I can opine on the moral dimensions of the bill. Bacon’s bottom line: You can’t right the wrongs of slavery with reverse racism. But you can stir up a lot of resentment.

The subterfuge. Title VI of the Civil Rights Act of 1964 declares no American shall be subjected to discrimination “under any program or activity receiving Federal financial assistance.” To create a work-around for the obvious problem that whites and Asian need not apply, the bill would require universities pay for the scholarships “with any source of funds other than state funds or tuition or fee increases.” This language is a patently pathetic dodge. Although the state would not paying for the scholarships with state dollars, it would compel the universities to pay for them with non-state dollars. That’s still state-sanctioned discrimination.

The logic of reparations. The bill adopts the logic of the reparations movement: Misdeeds against a slave committed more than 155 years ago can be atoned for by discriminating in favor of the descendant of a slave today — regardless of that descendant’s circumstances. Under this bill, scholarship recipients can belong to families solidly ensconced in the middle class without having suffered suffered any hardship in their lives. There is no nexus — other than race — between slavery and the scholarship recipient. There is no language in the bill stating that a recipient has to demonstrate that he or she is descended from a slave, much less descended from a slave owned by the institution granting the scholarship.

Does a black descendent of Caribbean slaves qualify for one of these scholarships? Or is the scholarship limited to recipients who can trace their ancestry to an American slave? Africans practiced slavery as well. Do Virginia-born children of recent African immigrants qualify? Will recipients have to submit documentation attesting to their lineal descent from American slaves? The bill addresses none of these questions. That messy job is left to the unelected administrators of SCHEV.

The moral dimension. Can society make amends for past discrimination against African-Americans by current discrimination that favors African-Americans, bestowing blessings on individuals who bears no scars from the legacy of slavery? Is reverse racism an antidote to our social and economic woes? Should we not instead focus our efforts on creating opportunities for upward social mobility for all Virginians regardless of race, ethnicity or skin color? Insofar as African Americans are more likely to be poor than whites or Asians, they would benefit disproportionately from such an emphasis without violating the idea of a race-blind society.

State-mandated scholarships based on race, no matter how carefully contrived to avoid violating the law, are inherently divisive. Why should the descendant of a poor Appalachian white not resent the special treatment accorded an African-American whose economic circumstances might be more “privileged” than his own? An African-American student can qualify for this scholarship if his or her family has an income of $70,000 a year. That’s almost twice the $39,000 median family income of Wise County.

I have no idea if the bill stands a chance of passing. What distresses me is that it reflects a growing conviction in the Democratic party that reverse racism is acceptable. If this bill passes, it will create a precedent for many more like it.