Who Hit the Brakes on NoVa Growth? 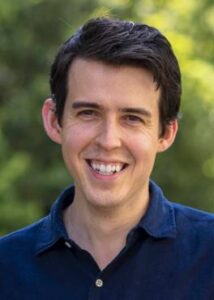 Northern Virginia’s population is growing, but not nearly as fast as before. According to a new study by University of Virginia demographer Hamilton Lombard, Northern Virginia accounted for 66.5% of the state’s population growth between 2010 and 2019, but slipped to 33.7% in the last year.

“Yet, since the mid-2010s, population growth in Northern Virginia has slowed considerably as more residents have left the region, often moving to other Southern states,” Lombard said. “Some of the initial out-migration may have been driven by the federal budget sequestration and shutdowns, which slowed growth in the region’s economy.”

Northern Virginia has driven demographic, political and economic change in Virginia over the past three or four decades. The region now dominates the state in much the same way that Chicago overshadows the rest of Illinois and New York City runs the Empire State. A marked slowdown in the region’s growth could have momentous consequences for Virginia’s economic prosperity and political economy. Here’s the big question: Was 2020 a transitory blip or does it portend longer-lasting changes?

The Weldon Cooper Center for Public Service, where Lombard works, uses births, deaths, new home construction and school enrollment to calculate population growth between official U.S. census years. All data indicate a slowdown in NoVa’s population growth. Births, for example, declined by more than 7% between 2015 and 2019, more than in any other Virginia region.

Lombard believes that the COVID-19 pandemic accelerated demographic trends that were already in place before 2020. Said Lombard in a Q&A:

Since at least the mid-2010s, the input data we use has been signaling a shift in Northern Virginia to more people moving out of the region than into it, which has caused the region to grow more slowly. In 2020, out-migration from Northern Virginia likely quickened, causing population growth to slow even further, as it did in most other large metro areas, particularly those with high housing prices. …

The pandemic condensed trends that would have taken place over multiple years into a shorter period of time.

Localities on the fringe of the Washington Metropolitan Statistical Area — Fredericksburg and Winchester, for example — have seen an uptick in population growth over the past couple of years as people have left Northern Virginia. Similarly, the Richmond metro area has experienced a “substantial rise” in the number of people moving in, many of them from Northern Virginia. Even migration into rural counties outside Virginia’s MSA has risen.

Bacon’s bottom line: So, what’s driving the trend? Lombard links NoVa’s regional dynamism in part to federal spending. When Uncle Sam loosens the purse strings, NoVa benefits. When Uncle Sam folds his wallet, NoVa loses. A boost in federal spending under the Biden administration could inject the region with new stimulus — but that would depend on the nature of the spending. A surge in domestic spending would have less impact than a fresh burst of spending on defense, intelligence and homeland security, the region’s primary industry clusters.

Other factors to consider are the cost of business, the cost of living, and quality of life. COIVD-19 had a momentarily ameliorative effect on the bane of the region’s existence, its traffic congestion. Will the shift to work-at-home offset the rebound in traffic? What is happening to the supply, demand and price of office space? What about home prices? How much is the lack of affordable housing pushing out the middle class?

The challenges are tremendous, just as they are in other technology centers. But it’s way too early to conclude that NoVa has lost its mojo. Amazon hasn’t gone anywhere; its Coast headquarters in Arlington is still hiring and likely will act as a magnet for new enterprises. Also, just a few days ago, management consulting firm Guidehouse announced its commitment to the region by means of a $12.7 million global headquarters building in Tysons. The project will create more than 900 new jobs, and the HQ will house more than 1,550 employees at full capacity.

This entry was posted in Business and Economy, Demographics, Economic development and tagged James A. Bacon. Bookmark the permalink.