Shapira’s Confederates in the Attic 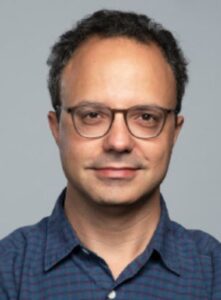 In a series of blistering articles over the past year, Washington Post staff writer Ian Shapira has accused the Virginia Military Institute of “relentless racism” and written favorably about the renaming of statues, memorials and iconography associated with slavery and the Confederacy.

Reporting on the May meeting of the VMI Board of Visitors, for instance, Shapira recounted how the Board took steps to downplay the military academy’s tributes to Thomas “Stonewall” Jackson, whom he described as “a former professor at the college who owned six enslaved people.” The board stripped the Civil War general’s name from an arch and from the memorial hall. The purge went so far as to expunge Jackson’s name from a barracks plaque that was inscripted with a maxim he often quoted.

That erasure came, Shapira noted in a self-administered pat on the back, after The Washington Post published a story, which he had written, “chronicling a host of disturbing incidents in recent years at VMI.” That article also prompted Governor Ralph Northam to launch an investigation into racism at the school.

One would never imagine it from reading his broadsides against VMI, but Shapira himself has a few Confederates in the attic. The Post reporter sits on the board of directors of a Kentucky-based distillery, Heaven Hill Distilleries, Inc. The family-owned business sells three brands of bourbon named after owners or employers of slave labor and a brand of rum named after a fervent defender of England’s slave plantations in the West Indies.

The Heaven Hill website has declared the company’s support for “those who protest institutions in our society that perpetuate injustice,” and a spokesman told Bacon’s Rebellion that the company has begun digging into the historic record. “While we’ve found some evidence of slave ownership among some of our namesake brands, a complete understanding remains in the works,” said Joshua Hafer, senior manager corporate communications.

There is no move at the moment to delete any of the company’s own slave-era iconography, which include bourbon brands honoring Elijah Craig, Evan Williams and Henry McKenna, all named after famed Kentucky distillers, or the company’s Admiral Nelson’s premium spiced rums honoring the British naval hero who upheld the harsh regime of West Indian sugar plantations.

Even while serving on the Heaven Hill Distilleries board of directors, Shapira has devoted 22 articles over the past eight months to alleging racism at VMI, including the veneration by means of statues, memorials and ceremonies of Civil War-era figures such as Stonewall Jackson and the cadets who died in the Battle of New Market. That coverage has earned him two national journalism awards, including the Poke award for state reporting, and the Hechinger Grand Prize for educational coverage.

The VMI board has been struggling for years how to reconcile its traditions with changing views of the nation’s troubled racial past. Although the military academy had begun implementing significant changes in the past two or three years, the political pressure engendered by Shapira’s articles and the Northam-orchestrated racism investigation induced Institute leadership to enact many changes that it had not been considering before. Many VMI alumni are fearful that the Governor’s racism probe could recommend additional actions that strike at core traditions such as the single-sanction Honor Code and the rigors of the Rat Line.

The Heaven Hill dynasty. Unlike VMI cadets and alumni, who mostly hail from middle-class families, Shapira is an exemplar of white wealth and privilege. He was born into a business dynasty and attended the elite Princeton University before landing at the Washington Post.

Shapira’s grandfather and his brothers, immigrants from Russia, founded the company in 1935 as Old Heavenhill Springs. They brewed their first whiskey, Bourbon Falls, in 1937 and enjoyed considerable success. The company’s Evan Williams bourbon is one of the top-selling brands in the U.S. today. In 1989 Heaven Hill purchased nearly a dozen bourbon brands from the Seagrams distillery empire, including Henry McKenna Bourbon. In the 1990s, the company began diversifying into liqueurs, brandies, run, and vodka. In 2011, it acquired Admiral Nelson’s Run.

Max Shapira, Ian’s father, became president of the tightly held company in 1996. Kate Shapira Latts joined the company in 2001; she is now chief marketing officer. Her husband Allan Latts is chief operating officer. Ian serves as one of six corporate directors, along with Adam R. Shapira, a Louisville cardiologist, and Ellen Shapira Miller.

Grappling with bourbon’s slave-holding past. As Virginia has wrestled with its racial past in recent years, so has Kentucky. In recent years, academics and historians have been probing the origins of bourbon distilleries, which comprise one of Kentucky’s signature industries. The industry had celebrated its master distillers, naming bourbon brands after them, and telling their stories in museums and distillery tours. Tours are a revenue generator for Heaven Hill, as it is for other major distributors. Visitors to the Heaven Hill distillery in historic Bardstown near Louisville are guided through “the history and heritage of America’s original whiskey.”

Woodford Reserve was one of the first to bring up the delicate topic of slave labor on distillery tours; the company also disclosed its use of slaves in an application to become a national landmark. In another  breakthrough, Brown-Forman, parent company of Jack Daniel’s, acknowledged the contribution of Nathan “Nearest” Green, a slave who taught Jack Daniel how to distill. A year later, industry outsider Fawn Weaver launched a bourbon, Nearest Green, in honor of Daniel’s teacher.

In a 2019 Herald-Courier article, Weaver challenged other distilleries to do a better job of recognizing the contribution of slaves in their company histories and honoring them today. “It isn’t just a matter of we went back into history and found one person,” she said. “All [distilleries] began the same way. They all had slaves that were putting the barrels together, rolling the barrels. Not one wasn’t utilizing slaves for this. Go back in your books and find out who they were and give them credit.”

Some information is available online about the linkages between Heaven Hill brands and slavery, but only a little. 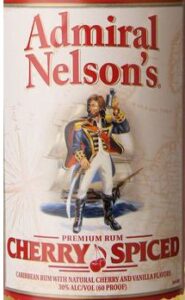 The best documented connection is for the most famous individual celebrated in the Heaven Hill liquor portfolio: Lord Horatio Nelson, the greatest naval hero of English history. Though a brilliant military leader, Nelson was a staunch supporter of slavery. In one letter, he declared, “I have ever been and shall die a firm friend to our present colonial system.” He was referring to the system of West Indian plantation slavery, which was far more brutal than the American system. “I was bred, as you know, in the good old school, and taught to appreciate the value of our West Indian possessions; and neither in the field or in the senate [House of Lords] shall their interest be infringed whilst I have an arm to fight in their defence, or a tongue to launch my voice against the damnable and cursed doctrine of Wilberforce and his hypocritical allies.” (William Wilberforce led the movement to abolish the English slave trade.)

As the United Kingdom undergoes its own version of the Black Lives Matter movement, protesters have targeted statues to Nelson. His memorials are as controversial in the U.K. as those of Robert E. Lee and Stonewall Jackson are in the U.S.

Tax records from 1800 reveal that Elijah Craig, widely acclaimed as “the father of bourbon,” owned 32 slaves. Some or all of them likely worked on a 4,000-acre farm he owned. Craig was a colorful character. Born in Orange County, Va., he became a Baptist preacher who ran afoul of the established Anglican Church before the enactment of the Virginia Statute for Religious Freedom. Migrating west, he became a founder of schools, a manufacturer and a distiller. Although the claim that he invented bourbon whiskey is now disputed, there is no question that he was a bourbon pioneer. Very little is known, however, about his slaves.

Evan Williams was a Welsh immigrant who settled in Kentucky and began distilling in 1783 in what is know Louisville. A historical marker says that the site was Kentucky’s first commercial distillery. He also served as the first wharf master of Louisville in 1797. Henry McKenna, an Irish immigrant, adapted his family’s whiskey recipe to work with the grains he found in Kentucky. Both men likely owned slaves or employed the slaves of others, although few details are known.

I emailed Heaven Hill with the following questions:

Does Heaven Hill have any plans to follow Ms. [Fawn] Weaver’s advice and document the intersection of slavery with the men — Craig, Nelson, Williams, and McKenna — whose names it honors with brands?

Given that several of its brands are associated with slaveholders, has Heaven Hill given any consideration to the idea of renaming the brands?

Ms. Weaver is right. We all have a role in understanding the contributions of enslaved people. Heaven Hill began to dig into the historic record for our brands in the past several years. While we’ve found some evidence of slave ownership among some of our namesake brands, a complete understanding remains in the works.

To get the complete and accurate understanding, we are in the process of working with Bluegrass-area academics to identify primary source material. Any decision-making for our brands would be informed by the outcome of that research.

There are a variety of potential outcomes. But we recognize that there is great opportunity to expose and contextualize the contributions enslaved people made to American Whiskey. That includes acknowledging the historic record and being transparent about it when telling the story of our brands.

How and when those stories are told remains to be seen. But virtually everything is on the table. We have websites, visitors’ centers and commercial materials that can be used to do so.

We anticipate some more concrete evidence in the next 6-8 months.

I then emailed Shapira to ask if he, as a member of the board of directors, acknowledges that honoring men who were slave holders or defenders of slavery might be offensive to African Americans, if he had ever advocated that Heaven Hill retire the brand names, or if he saw any inconsistency between his reporting on VMI and serving on the board of a company that honors slave holders.

You’ve already corresponded with Heaven Hill’s communications director. He speaks for the company.