What? No Amendments Permitted to a $4.3 Billion Budget Bill? 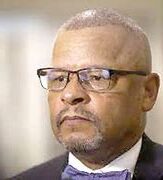 Del. Luke Torian, D-Woodbridge, the Chair of the Appropriations Committee in the House of Delegates, has announced that there will be no member amendments allowed for the budget that the governor sends down during the upcoming special session.

Three things about that:

It also seems to make no sense.

Will legislators convene yet another special session to spend it? Change the rule in mid-session?

Torian cites lack of time to assess amendments. That is a self-imposed restriction. Delay the convening of the special session to allow time.

Allow a limited number of amendments, say no more than one per member by a date certain a couple of weeks from now. Let staff research them for 30 days. Then convene and vote in mid-September.

I say this with full knowledge that Democrats control both Houses. Amendments may not be to my personal liking, but the constitutional principle needs to be maintained.

This entry was posted in Budgets, General Assembly, Governance and tagged James Sherlock. Bookmark the permalink.