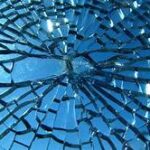 Shaun Kenney a former executive director of the Republican Party of Virginia, offers a useful perspective into the state of Virginia’s GOP in a post-Trump presidency. The Grand Old Party in the Old Dominion is so fractured, he suggests in a new post on The Republican Standard, that it soon may descend into a “five-way civil war.”

Of particular interest is Kenney’s typology of the ideological factions within the party (here I quote him directly):

The main thing I would add is that, at this moment in time, the Republican Party appears to be undergoing a seismic realignment. The fundamental divide in the United States today — the new class divide — is between the cultural and political elites, who with their smug sense of moral superiority I call the Insufferables, and the non-elites, who have proudly taken to calling themselves the Deplorables. To burnish their self-righteousness, the Insufferables have championed the causes of what they described as “marginalized” elements of society, often at the expense of the Deplorables. The Insufferables are on a crusade to transform society; the Deplorables mainly just want to be left alone.

It is useful to view today’s GOP as a party of working-class and middle-class Deplorables, who feel increasingly alienated from the nation’s dominant cultural, political and economic institutions, including Big Business. Insofar as that pattern continues to hold true, the GOP will remain the party of Trump even without Trump. The soon-to-be-ex president did a superb job of turning out the base. However, he did an even better job of turning out the Democrats’ base. Other than his modestly effective outreach to Hispanics and African Americans, Trump did not expand the GOP coalition.

How can the GOP expand its coalition in Virginia without losing the Nationalists and Traditionalists who comprise its base? If someone can answer that question, he or she could become the next Republican governor of Virginia. If not, Virginia will become a one-party state… and it won’t be Republicans running the show.