Why So Many Students Drop Out of College 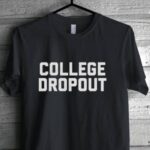 Roughly 70% of all high school graduates in the United States pursue higher education. Among first-time full-time students who enroll in four-year institutions 40% fail to complete a bachelor’s degree within six years, and most of those never will. The non-completion rate is even higher for community college enrollees. This “completion crisis” is costly to students, most of whom wind up carrying a crippling load of debt, and to taxpayers, who are stuck with a fast-expanding portfolio of non-performing student loans.

Here at Bacon’s Rebellion, we have argued that the completion crisis is one of the greatest sources of immiseration for the American people today. If you’re looking for institutional injustice, this is a good place to start.

Society creates the expectation that Americans should be able to attend college, even if they are academically unprepared, and lends them to money to do so. But society often fails to provide the support to ensure that lower-income students succeed.

Virginia is no exception to the completion crisis. Among students enrolling in four-year institutions in Virginia in the 2011-12 academic year, the most recent for which the State Council of Higher Education for Virginia publishes data, 70.2% earned degrees within six years. Put another way, almost 30% failed to earn a degree. The completion rate is highest among higher-income Virginians (earning four times or more of poverty-level income) at 77.2%. That still leaves nearly one out of four students from higher-income families who fail to graduate. Not surprisingly, the drop-out rate is higher among students from lower-income families, at 57.8%.

A new study by Rachel Fulcher Dawson, Melissa S. Kearney, and James X. Sullivan, “Comprehensive Approaches to Increasing Student Completion in Higher Education: a Survey of the Landscape,” sheds light on why students drop out of college and highlights eight programs shown to be successful in raising the completion rate. In this post, I will recount the authors’ observations about the obstacles to college completion, and in a subsequent post I will describe the programs.

Here follows a discussion of the barriers to completion described in that study.

Academic under-preparation. Many students attending college aren’t prepared academically to succeed. Often, write the authors, students had not taken courses in high school that are prerequisites for college courses and majors. As a consequence, students must take remedial or developmental coursework before starting to take classes that count towards a degree. Although the authors don’t put it quite so baldly, it also appears that much of the high school coursework was simply deficient. Almost one-third of college students take remedial courses in reading, writing and math. Academic under-preparation may be exacerbated by a lack of necessary study skills to tackle challenging college-level coursework.

Students who enroll in remedial courses are 38% less likely to complete their degrees than other students.

College tuition costs. The high cost of attendance is widely considered a barrier to four-college persistence, says the study, although it is less of a factor in community college. The fact is, the Pell Grant program provided $30 billion in aid for low-income students in 2015, while discounted tuition and student loans make upmost of the difference.

Institutional barriers. Researched based on interviews with community college students suggest that many struggle to navigate the system. Many need help understanding course requirements and knowing if the courses they select meet their graduation needs. “Students are often side-tracked by failing to register for the correct courses on time or by choosing a major that does not match their skill set or career interests,” the authors say.

On average, smaller institutions have better outcomes — possibly because they offer a more limited and focused set of programs for students to choose from. A study delving into the issue found mixed evidence that the level of expenditures on student services makes a difference. “Spending alone won’t improve services, and therefore student outcomes, if that spending is not on well-designed or effective programs.”

Non-academic barriers. Students often face challenges that have nothing to do with academic coursework or the cost of attendance. “Challenges arise in the form of health issues, financial shocks, mental health struggles, among others,” the study says. Some students suffer from “separation and estrangement.” Some lack the commitment, time, or time-management skills to set out a path to graduation and stay committed to that plan. “Students who lack clear goals and a genuine understanding of why college is important often become derailed by relatively minor challenges and setbacks.”

These problems are exacerbated for low-income students whose families have fewer resources to survive setbacks such as family emergencies, vehicle repairs, or missed rent payments. (Governor Ralph Northam targeted this particular set of issues in the current General Fund budget by providing up to $1,000 per semester for low-income students to help when “life gets in the way.” Although these funds have been budgeted, a COVID-related budget freeze might have delayed their release.)

As the study makes clear, the problem of non-completion is multi-faceted and needs to be addressed at several levels. Colleges and universities need to do a better job of advising and counseling students. Cost of attendance may be less of a barrier than commonly thought, but carefully targeted assistance might be beneficial to lower-income students. Perhaps most controversially, institutions may need to rethink their practice of admitting students who may not be academically qualified to complete a course of study.