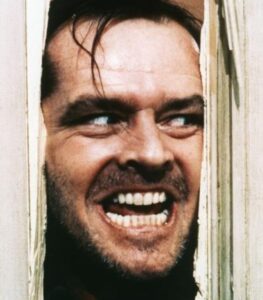 Do you ever get the sense that society is on the brink of a total mental breakdown? I do, and never more so than when I read the news. Indeed, after reviewing today’s news feed, I’m tempted to think that Virginia may be further down the path to mass psychosis than other states. Consider…

Meanwhile, the Fairfax County school district wants to increase spending on mental health to deal with the consequences of the COVID-19 school shutdowns, reports The Washington Post. Fairfax schools hope to hire a “trauma-informed social emotional learning specialist” who will help children “process the lingering damage of the pandemic.” The school district’s budget, says one school board member, reflects priorities that include “emotional supports for our students and our staff.”

Then there is the General Assembly, truly a case of lunatics running the asylum.

Lawmakers have passed a bill that will ban the “gay panic defense” in Virginia. Apparently, there have been numerous instances in which individuals have been propositioned by, or had sex with, others who were not exactly forthcoming about their sexual/gender identity. Panicking, these individuals lashed out by assaulting or killing the person who deceived them. Typically, the victims are gay or transgender. The bill was championed by Virginia’s transgender delegate, Danica Roem, D-Manassas Park. Bad boy Sen. Joseph Morrissey, D-Richmond, objected on the grounds that lawmakers should not pass any law restricting the ability of defendants from making a defense, reports the Associated Press. Whatever the merits, it is a sign of the times in this age of gender/sexual identity confusion that such incidents are occurring with sufficient frequency to warrant lawmakers’ attention.

Finally, the General Assembly continues to debate the legalization of recreational marijuana. The hold-up, according to the Richmond Times-Dispatch, is whether or not to hold a referendum. Ignored in most news coverage of the debate is growing evidence that frequent use of high-potency cannabis is linked to the higher risk of psychosis, that is, losing touch with reality. (Ah, the irony… Virginia lawmakers, out of touch with reality, are enacting laws causing other people to lose touch with reality.) This is not right-wing drivel. A European study found that daily pot users were three times more likely to have a psychotic episode than someone who never used the drug, says National Public Radio.

The National Alliance on Mental Illness estimates that between 1.1 million and 1.5 Virginia adults suffer from some form of mental illness, including depression, anxiety and uncontrolled emotional outbursts. Between 240,000 to 305,000 have a “serious” mental illness, defined as a disorder causing “substantial functional impairment.” Extrapolating from national prevalence rates, about 100,000 children and adolescents in Virginia have a serious emotional disorder with about 65,000 being extremely impaired.

The official mental health statistics don’t even take into account Snowflake Impairment Syndrome, in which thousands of Virginians — mostly college students — find themselves emotionally crippled by people who use mean words. On college campuses, we hear that “words are violence” — especially when the words express conservative sentiments — and that people require safe spaces where their delicate pysches can recover. Think of college campuses as gateways to mental illness.

I don’t fully comprehend the causes of all this mental illness, but I suspect a lot of the problem is self-inflicted. We are, quite literally, driving ourselves crazy.

This entry was posted in Mental illness and substance abuse and tagged James A. Bacon. Bookmark the permalink.