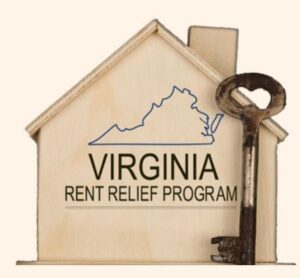 Virginia has done a better job than any other state in distributing its share of $46.5 billion in federal COVID-relief aid to renters, according to Treasury Department data published in the Wall Street Journal. Virginia has gotten 53% of its dollars into the hands of renters and landlords compared to 10% nationally.

Over the past four months alone, Virginia has distributed $235 million to nearly 35,400 families.

The program is administered by the Virginia Department of Housing and Community Development. Chesterfield County runs its own program, accounting for $7.9 million in distributions, as does Fairfax County, which has  passed out another $4 million, according to Treasury Department data.

In contrast to the abysmal job of getting unemployment insurance payments to out-of-work Virginians, the distribution of rent relief appears to be a Northam administration success story.

The threat of evictions has created a national crisis as millions of out-of-work Americans fell behind on their rental payments during the COVID recession. Many states imposed eviction moratoriums, shifting the hardship from renters to landlords. The rent relief program, part of a larger package of federal helicopter COVID relief dollars, was designed to ameliorate the cash crunch. The Treasury Department, which administers the program at the federal level, distributes the funds to the states, which in turn are responsible for getting the money to renters.

The process has been uneven across the country. In New York and Delaware, for instance, only one percent of federal relief dollars have reached renters, according to a information graphic in the Wall Street Journal print edition. (I could not locate the data from which the Journal drew.) By contrast, Virginia has distributed 53% of its funds, followed by Texas, which has distributed 46%.

In a press release yesterday, the Treasury Department listed seven policies that would enable state and local governments to expedite rental assistance. At the top of the list: “Self-attestation” — skipping the need to provide documentation — speeds up the processing of applications. “Treasury … is encouraging grantees to simplify application processes to use self-attestation when other forms of documentation are not immediately available.”

According to this presentation, VHCD requires the following documentation:

in Virginia “trusted third parties” can assist tenants and landlords with completing their applications. Additionally, households that rely upon federal welfare programs such as TANF, WIC, SNAP, and LIHEAP need not provide income documentation.

Virginia’s cut of the federal program is $524 million. At the time of the VHCD presentation in March 24, 2021, $138.7 million had been distributed. Those who see systemic racism in every nook and cranny of American life might be interested to see the racial breakdown of the rent-relief funds at that time: 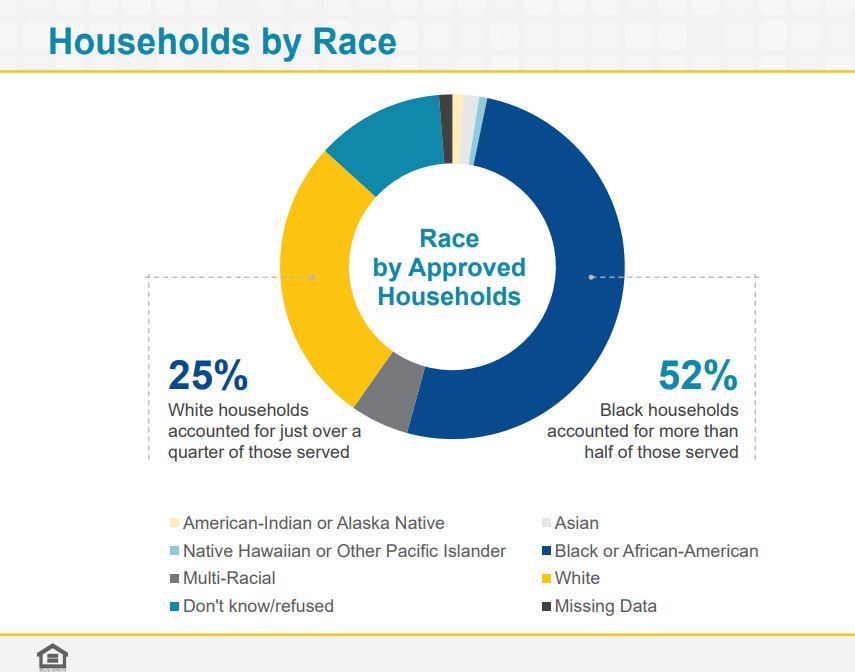 This entry was posted in Housing and tagged COVID-19, James A. Bacon. Bookmark the permalink.