Uh, Governor? This is How It Works 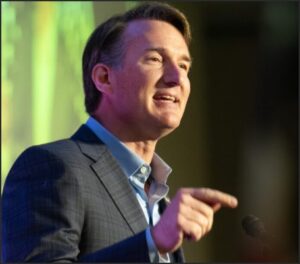 Someone needs to tell Governor Youngkin or his Secretary of Finance how things work in the state’s financial structure.

According to a recent report in the Richmond Times-Dispatch, the Governor said that he has directed Randy McCabe, the Comptroller, or director of the Department of Accounts, to “to set aside $397 million for a taxpayer relief fund that the governor will ask the General Assembly to create in its next legislative session.”

That sounds impressive. The only problem is that it cannot be done legally. The Comptroller cannot just “set aside” general fund revenues. As Randy McCabe had to remind us in the Department of Planning and Budget on more than one occasion, there has to be some legislative authority to move general fund revenues to a special fund. Therefore, that $397 million has got to sit in the general fund, earning interest, by the way, until the General Assembly authorizes the creation of the special taxpayer relief fund.

There is another factor. There is already a Taxpayer Relief Fund on the state’s books. It was authorized by the 2019 General Assembly for the receipt of “excess” general fund tax collections resulting from the significant changes in federal tax law. The General Assembly authorized tax rebates to Virginia taxpayers from that fund. In FY 2020, more than $425 million was distributed to taxpayers.

It seems that Youngkin is planning to propose another round of tax rebates similar to those in FY 2020 and those scheduled to go out in the fall of this year.  (Obviously, the Commonwealth’s economy was not in as much of  a “rut” as he claimed during last year’s campaign.) The fact that there is an existing Taxpayer Relief Fund is pretty much a technicality. He can always propose the creation of another special fund with a different name.

Getting back to which of his agency directors he needs to be talking to… The vehicle for directing the transfer of that $397 million from the general fund to a special taxpayer relief fund would be the state budget. Also, the folks who will be developing the governor’s budget amendments are the ones to be told not to count that $397 million as revenue that can to be used for spending amendments. That agency would be the Department of Planning and Budget and the director, by the way, is Michael Maul.

To the average citizen, these details don’t matter. But, to close observers of state government, such as senior members of the General Assembly money committees and their staffs, they are a signal that the Secretary of Finance is still trying to find his way around state financial processes or, if he has done so, the Governor is not talking to him about it.

This entry was posted in Budgets, Governance, Uncategorized and tagged Dick Hall-Sizemore. Bookmark the permalink.