Transformation to Achieve Effectiveness and Efficiency–Again 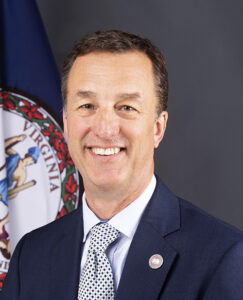 Amid great fanfare as one of his Day One actions, Governor Glenn Youngkin issued Executive Order No. 5, establishing the position Commonwealth Chief Transformation Officer within the Office of the Governor.

The Governor identified the responsibilities of the position to be “to help build a culture of transparency, accountability, and constructive challenge across our government; ensure employees at all levels of government are reminded that our government works for the citizens of Virginia; drive changes improving the effectiveness and efficiency of our government through tracking key performance metrics; identify, coordinate, and lead targeted transformation efforts.”

Leaving aside the questionable implications that there is currently not a culture of transparency, accountability, etc. and that state employees are not aware that they are paid with taxpayer money, the primary thrust of the position would be “improving the effectiveness and efficiency of our government.”

Youngkin is just the latest in a list of governors who have come into office promising to transform state government, making it more efficient and effective. For example, there was Doug Wilder with his Project Streamline. George Allen followed Wilder with a Blue Ribbon Strike Force. Not to be outdone, Mark Warner established a Commission on Efficiency and Effectiveness, chaired by none other than former Governor Wilder. Bob McDonnell pushed a “A More Efficient, Effective Government” agenda and Terry McAuliffe called his plan to make government efficient and cost-effective, “Keeping Virginia the Best Managed State in the Nation.”

This latest effort at transforming state government and making it more efficient will be the most expensive yet. Youngkin requested $1.5 million and five positions to support the Chief Transformation Officer (CTO) and $25 million to fund initiatives identified by the CTO.  The legislature provided $750,000 and four positions for the central office activities and $10 million to be transferred to agencies to implement the initiatives identified by the CTO.

For those who may have wondered how the CTO was going to spend that $10 million in the effort to make state government more efficient and more effective, the Richmond Times-Dispatch has reported that Eric Moeller, the CTO, recently presented his plan to the Governor and the chairs of the General Assembly money committees. The answer: hire a lot of consultants and more staff for the CTO.

The plan (available as a downloadable .pdf in the RTD article) identifies the following initiatives:

Most of the consulting funding will be devoted to three areas:

Comment: The state’s procurement process has long been criticized by both state employees and the private sector for being cumbersome and time-consuming and for sometimes not enabling an agency to select the vendor or product best suited to its needs. On the other side of the argument, however, is the obligation of the state to ensure that all vendors have a fair opportunity to participate in the process, to ensure fair competition for the state’s business, and to guard against fraud. If this initiative of the CTO results in an improved process that produces significant savings, while balancing the other considerations, it will indeed be a success.

Comment:  The state has been wrestling with this issue for decades. A special General Assembly commission (the Deeds commission) was established several years ago and made several major recommendations. The Department of Behavioral and Developmental Services, at the direction of, and with funding provided by, the General Assembly, has embarked on “a long-term initiative designed to improve the community behavioral health services available to all Virginians.” Finally, the Deeds Commission has been transformed into a legislative oversight agency, the Behavioral Health Commission. It would seem that any consultant hired by the CTO would have one of two paths to take:  1. Propose a complete “redesign” or 2.  Collaborate with the ongoing efforts to make the current design work better.

Comment:  From one point of view, this initiative is not too surprising. Every governor likes to brag about how many new jobs were created on his watch. On the other hand, this could be viewed as a curious choice as an initiative. Governor Youngkin recently announced that the state’s unemployment rate is 2.6%, much lower than the national rate. Furthermore, the governor himself has acknowledged that the problem is not the lack of jobs (employers report having 300,000 jobs they cannot fill), but a need to restructure the state’s workforce development in order to increase the labor force participation in the state.  Furthermore, the state’s economic development apparatus underwent major changes following a 2016 report by the Joint Audit and Review Commission highlighting major weaknesses.

One of the less expensive initiatives is also one of the more intriguing. The goal of the Employee Performance Management initiative is to “help DHRM and agency HR develop and test common tools and language for employee performance improvement processes.” It will be interesting to see what methods are recommended to measure and improve employee performance.

Another important aspect of this transformation effort is the emphasis on metrics. The Governor’s Executive Order refers to “tracking key performance metrics.” Moeller’s transmittal letter to the Governor and the chairs of the General Assembly money committees, accompanying the Transformation Plan, declares, “We have worked across every Secretariat to help all agencies develop sharper performance metrics.” Finally, the plan itself includes funding for “staff augmentation to set up reporting systems to deliver trackers, dashboards, and visual management for key metrics. Provide training for agency personnel on ongoing usage.”

Attempting to measure progress in quantifiable terms is a laudable undertaking. However, doing so on a statewide basis is not a simple task. Measures have to be identified with some specificity. The data for those measures will, most likely, have to be provided by staff of the agencies involved. Most importantly, the management and staff of those agencies must feel that the data being provided are actually being used by the Governor’s office to make decisions.

When confronted by this directive from the CTO to “develop sharper performance metrics,” long-time state employees are likely to remember the Council on Virginia’s Future. Established in 2004, the overall purpose of this group was to establish a strategic plan for the Commonwealth and to measure progress toward achieving the objectives of that plan. Each agency was required to develop a strategic plan, along with performance measures. From these individual agency plans, a broader state plan was developed. Agencies were required to submit data annually relating to their performance measures. There was a public dashboard, Virginia Performs, whereby Virginia residents could determine progress toward various objectives. (For an explanation of the dashboard from one perspective, see here.)

There was great enthusiasm regarding the Council’s work in some quarters. For example, former Delegate Chris Saxman, whose articles occasionally appear on this blog, waxed eloquently about the Council and its “commitment to long-term structural transformation within the operations of the Commonwealth’s government” on his VaCostCutting blog.

It quickly became apparent to agencies that the strategic plans and data submissions, which took up a lot of their staff time to produce, were not being used in any meaningful way to drive decisions by the Governor’s office. Consequently, it became more and more difficult to get them to submit timely data and strategic plan updates. In addition, enthusiasm and support for the Council and its strategic plans waned with each succeeding administration. Finally, in 2017, the Council was allowed to die quietly. The Department of Planning and Budget now has responsibility for administering the various state agencies’ strategic plans and accompanying performance measures. Hopefully, the CTO’s “development of sharper performance metrics” will build off this base and not create a dual performance measurement process.

Two consulting companies have already been engaged, BCG (Boston Consulting Group) for procurement issues and Accenture for issues related to the Virginia Employment Commission. Others will be contracted to review the behavioral health system, economic development, employee performance management, Department of Motor Vehicles, and the Secretary of Commonwealth operations. After the consultants have conducted their reviews and analyses, it is likely that some of their recommendations can be implemented by the administration without any further action; others will require changes in the law and, therefore, action by the General Assembly.

All of this will take time. It is likely that some elements will not be ready for implementation until the summer of 2024, in the last months of the Youngkin administration. The success of the administration’s efforts at transformation will depend on its commitment to stay on top of the various projects as they are being developed and to follow up on adopted changes in procedure and policies, including working with the General Assembly to enact any needed legislation. Most importantly, success will depend on the willingness of succeeding administrations to sustain whatever changes are made.

This entry was posted in Efficiency in government, Governance and tagged Dick Hall-Sizemore. Bookmark the permalink.