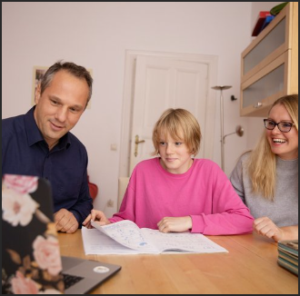 In eight short months he learned that there is no pleasing leftists. No matter how cordial you are, no matter how many times you extend your hand, the far left will slap you away if there’s an R after your name.

Despite the amiable governor’s good-natured attempt to win friends with a charm offensive — remember his face-to-face meeting with nasty Delegate Don Scott, D-Portsmouth, who questioned his religious faith on the floor of the General Assembly? Remember his friendly visit to vitriolic State Senator Louise Lucas, D-Portsmouth, to present her with one of his fleece vests after she mocked his attire?

To no avail. Lefties don’t want to play nice. Youngkin gets that now.

Finally, Youngkin is playing serious offense. He’s being true to himself and the people who voted for him. He seems to have grown impervious to the relentless attacks from nuts on the left.

A strong sign that Youngkin’s now playing hardball came over the weekend with the release of new policies by his Department of Education. The new regs simply reinforce parental rights and strip schools of their power to come between a parent and child. These rules will go into effect in all of Virginia’s school districts in 30 days.

Despite the best attempts of the corporate media to portray the regs as an attack on transgendered students the policies are NOT that. Any child who is identifying as trans with his or her parents’ permission can do so in public schools. However, children who are experiencing gender identity conflicts without their parent’s consent or who are gaming the rules will have to stick with the gender given them at birth.

It does not permit or encourage bullying. In fact, bullying will continue to be dealt with strictly and uniformly. No matter who engages in it or for what reason.

According to the new rules, some of the far-out interpretations of Virginia law and edicts of the Northam administration — the very behavior that got the Dems tossed from office in Virginia — will cease next month. Public schools will continue to require children to use the bathrooms and pronouns indicated by their birth certificates unless their PARENTS request a change in writing.

No longer will schools be allowed to help hide a child exhibiting mental problems from his parents. No longer will girls have to share bathrooms and locker rooms with biological boys who change their gender when they enter the school building without their parents’ knowledge or permission.

Proof that the governor’s doing the right thing is when all of the wrong people and news outlets have their hair on fire. The aforementioned Lucas, for instance, was Tweeting her usual bile about Youngkin over the weekend with reverential references to transgenderism. Teachers union leader Randi Weingarten attacked the governor on Twitter. NPR joined the left-wing chorus.

“Virginia Has Moved to Restrict The Rights Of Transgendered Students In Its Public Schools,” NPR

Only Fox News and, oddly enough, the Associated Press, took a stab at unbiased and accurate reporting:

Key elements of the new policy simply protect the principle that parents are the ultimate authority over their children and government must take a back seat to them.

The regs state that “Parents have the right to make decisions with respect to their children” and that “Schools shall respect parental values and beliefs.”

For too long public schools have been substituting the values of the loathsome union boss Randi Weingarten and other far-left kooks for those of parents. That’s wrong and needs to stop.

Furthermore, for legal purposes, a transgendered student is now identified this way in the new regulations:

The phrase “transgender student” shall mean a public school student whose parent has requested in writing, due to their child’s persistent and sincere belief that his or her gender differs with his or her sex, that their child be so identified while at school.

In other words, no longer will kids be allowed to insist on using facilities of the opposite sex without their parents knowing about their child’s behavior and acquiescing to it.

Sounds sensible to normal people. No wonder the left is coming unglued.

This entry was posted in LGBQT rights and tagged Kerry Dougherty. Bookmark the permalink.