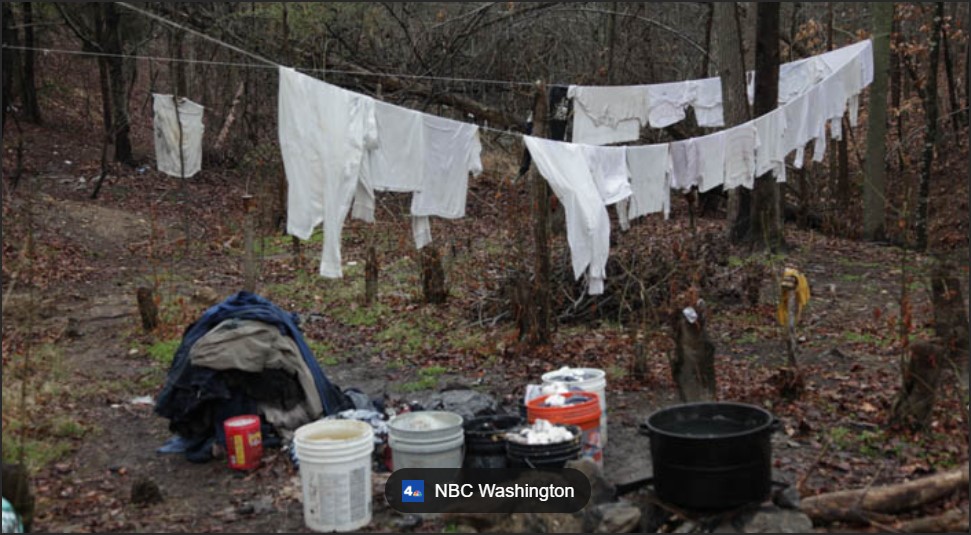 An estimated 5,335 people lived in homeless shelters in Virginia in 2021, a 7% increase from the previous year, according to an article in Stacker, a national nonprofit news source. The Old Dominion ranked 10th nationally in the size of its percentage increase since 2020.

Nationally, the number of people living in shelters declined 8%. What those numbers apparently do not include, however, is the number of unsheltered homeless — those living on the streets or in the woods.

After the pandemic’s eviction moratorium ended in June 2022, Virginia saw a spike in people losing their homes and going to court to fight evictions. Pandemic-related funding for transitional hotel housing for people experiencing homelessness also ended, leaving many to return to the streets or find shelter elsewhere. A shortage of space in emergency shelters is an ongoing issue in parts of the state, where waitlists to get into some facilities are in the hundreds. The closure of seasonal hypothermia shelters further contributed to a rise in unsheltered unhoused people.

The problem with homeless policy across the country is that it is reactive. It addresses symptoms, not causes.

There are many roots of homelessness. One is the soaring cost of housing and rent. As we have noted in Bacon’s Rebellion before, real estate prices have risen more rapidly in Virginia’s major metros than almost anywhere on the East Coast since 2010. Successive administrations have failed to increase the supply of housing, and advocates for the poor have focused their efforts on fighting evictions rather than expanding more affordable shelter such as single-room occupancy (SROs).

Another is the increase in mental illness. Mentally ill people are far more likely to be homeless than those who are sound of mind. American society is experiencing a collective mental breakdown, and public policy seems powerless to stop it.

Throwing money at the problem doesn’t help. No state fire-hoses the homeless with more dollars than California, and nowhere has homelessness become such a scourge. Impossible-to-eradicate homeless camps have become hellholes of open-air drug dealing, overdoses, crime and unsanitary conditions. Don’t think for a minute that what is happening there can’t happen here. There are plenty of people in Virginia who share the same social-justice premises that animate the failed homeless policies of California.

The doable part of the solution is to reform zoning laws and comprehensive plans that restrict various forms of affordable housing — SROs, granny flats, tiny homes, container homes, and the like. The issues aren’t complex. We know what causes the problem, and the legislative action required to fix it is conceptually simple (even if it is politically difficult). That would help the transient homeless who need to put a roof over their heads while they get their lives straightened out.

Treating mental illness is a different story. There are a myriad of ethical and moral questions that must be resolved before any policy can be settled upon. Foremost among them: what if a mentally ill person doesn’t want to take his or her medications? What if a drug abuser refuses to enter a sobriety program? What if someone wants to live homeless? What right does the state have to compel these people to do what’s best for them against their wishes?

There are no any easy answers to such questions, although it’s hard to imagine any government action leading to worse consequences than the mass squalor we see on the West Coast. The time to sort through these thorny questions is now, not when Richmond starts looking like San Francisco and Northern Virginia resembles L.A.

This entry was posted in Housing, Mental illness and substance abuse and tagged James A. Bacon. Bookmark the permalink.