The General Assembly to Enlist in the Reading Wars? 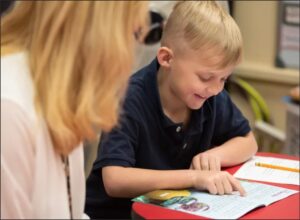 A few days ago. Delegate Carrie Coyner, R-Chesterfield, and Senator Louise Lucas, D-Portsmouth, submitted HB319 and SB616, both titled, “The Virginia Literacy Act.” These bills intend to codify instructional practices regarding the Science of Reading into Virginia law. While there are some widely acknowledged positives associated with the Science of Reading, it is not apparent to me that the bill will improve outcomes for Virginia students.

First, the reading wars have raged for more years than I have been alive. Initially the warring factions were the “whole language” zealots versus the phonics militants. Eventually the supporters of phonics won the battle. Soon thereafter, a rift emerged among the phonics camp about how much of the reading instruction should be straight phonics versus a blend of phonics and other activities, such as writing, word study, and etc.

Word count limits the ability of this essay to further investigate the reading wars, but suffice it to say that the smart money says these wars will rage long after I’m dead. While some educators may welcome the science-of-reading mandates, others will find them a bitter pill to swallow. Folks tend to spit out things they find bitter. Given our recent experience with the Critical Race Theory fury, it seems that mandating controversial things may not be a wise move, either practically or politically.

Second, not many people, especially outside of education, understand that effective instruction (as measured by student outcomes) cannot be boiled down to a simple algorithm. Education is a people business. People, primarily the student and the teacher, but also the principal, parents, and central office administrators, interact in ways that can produce positive outcomes or not- so-positive outcomes. In the case of our more successful divisions, especially those which educate a greater percentage of at-risk students, we see greater trust and collaboration as well as higher expectations. In our experience, these intangibles significantly outweigh the effects on student outcomes than programs and strategies. There are no magic bullets in education, and if there were, all of our chambers would already be loaded with them.

Third, schools and divisions involved in the school improvement process are required by the Virginia Department of Education’s office of school improvement to implement scientifically researched based strategies and programs, and document them in a detailed plan. Unfortunately, some schools are perpetually in the improvement process because the performance of their students has not improved. It is not apparent that by mandating more plans, student outcomes will make a difference.

Fourth, this bill does not honor the real improvements realized in recent years by schools and divisions across the state. For example, Region VII, which has the highest rate of economically disadvantaged students, the highest rates of students with disabilities, and the lowest per pupil funding, also has had the highest reading SOL pass rates for the last few years. They also have the lowest performance gaps among historically underperforming subgroups. What is the rationale to force these successful schools and divisions to introduce the chaos of a new way of conducting business? I firmly believe in the old adage. “If it ain’t broke, don’t fix it”.

Components of this bill, however, do have merits that potentially could benefit Virginia’s students. Below are some suggestions that could mitigate the expected negatives and maximize the positives.

In conclusion, it is unlikely that government-mandated instructional strategies will cause the desired outcomes. Instead, we need leadership that gets everyone pulling in the same direction for a common, measurable goal. Our progress towards that goal must be measured periodically by a common assessment, and the assessment results must be transparently displayed. That way, someone who is in a struggling school can ask someone in a school that has experienced significant gains, “what did you do to make that happen?”