Reframing the Debate from CRT to “Divisive Concepts” 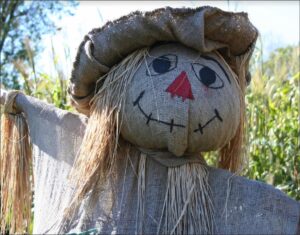 We all knew that Governor Glenn Youngkin’s campaign to root out Critical Race Theory (CRT) would be controversial. There are tremendous issues at stake and entrenched interests involved. It would be helpful if both sides honestly characterized the issues so we could then have an informed debate about them. Sadly, preliminary indications are that the Democratic Party of Virginia — which presumably speaks for many other Democrats — is determined to obscure the issues by constructing strawmen and knocking them down.

A case in point is the “CRT isn’t taught in schools” trope employed by the Terry McAuliffe campaign. The Dems can’t let it go. It resurfaced again in a tweet from @vademocrats proclaiming, “Glenn Youngkin admitted today that he’s been lying to Virginians and critical race theory is not in fact taught in Virginia’s schools. This dangerous lie continues to pit parents against educators and our students are paying the price. It must end now.”

That tweet has been retweeted 151 times and liked 302. And Democrats accuse Republicans of spewing disinformation!

Glenn Youngkin admitted today that he’s been lying to Virginians and critical race theory is not in fact taught in Virginia’s schools.

This dangerous lie continues to pit parents against educators and our students are paying the price. It must end now. https://t.co/11aKwtKbfo

The assertions in the tweet are not outliers. Dems have been repeating them repeatedly for months. That fact that Dems resort to such misdirection tells me they know they can’t defend the Northam administration’s education policies. Sadly, the mainstream media has steadfastly refused to rebuke them for the prevarication. Secure in the knowledge that they can say anything, Dems continue erecting the strawman and knocking it down.

The @vademocrats tweet links to a post on Raw Story, which in turn links to a Fox News Sunday interview of Youngkin. We end up with a telephone-game phenomenon in which Raw Story quotes Youngkin extensively and accurately but puts a negative spin on what he said, following which the Va Dems spin Raw Story’s spin to create a grotesquely inaccurate narrative.

Here’s how it played out. A Fox News host, John Roberts, asked Youngkin, “Is it your contention that Critical Race Theory is being taught in Virginia public schools?”

Youngkin responded: “There’s not a course called Critical Race Theory. All the principles of Critical Race Theory, the fundamental building blocks of actually accusing one group of being oppressors and another of being oppressed, of actually burdening children today for the sins of the past, for teaching our children to judge one another based on the color of their skin. Yes, that does exist in Virginia schools today. And that’s why I have signed the executive orders yesterday to make sure that we get it out of our schools.”

Raw Story acts as if Youngkin is backtracking by saying that CRT is not “taught in schools.” But his statement makes no such admission. Youngkin has never made that claim. That’s McAuliffe’s tendentious talking point.

Let’s take a look at what Youngkin actually believes.

Executive Order Number One delivers on his Day One promise to restore excellence in education by ending the use of divisive concepts, including Critical Race Theory, in public education.

Please note: The focus is on “divisive concepts.” There’s nothing in the press release or the executive order about “teaching CRT in schools.”

What, then, does Youngkin mean by ending the use of “divisive concepts, including Critical Race Theory,” in public education?

Read the Executive Order from which I have published excerpts below. As you will see, Youngkin does not say that CRT — an academic theory taught in law schools, as the media frequently reminds us — is “taught in schools.” Rather he says CRT’s “progeny” — by which he means CRT’s intellectual offshoots — are taught in schools. As, in fact, they sometimes are.

Inherently divisive concepts, like Critical Race Theory and its progeny, instruct students to only view life through the lens of race and presumes that some students are consciously or unconsciously racist, sexist, or oppressive, and that other students are victims. This denies our students the opportunity to gain important facts, core knowledge, formulate their own opinions, and to think for themselves. Our children deserve far better from their education than to be told what to think….

The executive order puts to rest a related talking point: that Youngkin and Republicans want to ban teaching the evils of slavery, segregation and racism.

Virginia must renew its commitment to teaching our children the value of freedom of thought and diversity of ideas. We must equip our teachers to teach our students the entirety of our history – both good and bad. From the horrors of American slavery and segregation, and our country’s treatment of Native Americans, to the triumph of America’s Greatest Generation against the Nazi Empire, the heroic efforts of Americans in the Civil Rights Movement, and our country’s defeat of the Soviet Union and the ills of Communism, we must provide our students with the facts and context necessary to understand these important events.

As for specific actions, Youngkin orders the following:

From these recommendations, it is clear that Youngkin is talking about formal Virginia Department of Education policies, guidelines, and materials through which CRT concepts trickle down to school districts, schools, and classrooms.

If Democrats want to critique Youngkin’s contention that Northam-era policies and programs promote “inherently divisive” or “inherently racist” concepts — such as, that Virginia schools are systemically racist, that Whites are oppressors and Blacks are victims, that the antidote to past racism is “anti-racism” (reverse racism) — we can have an honest and useful debate. Who knows, perhaps Democrats will win some of those arguments.

But when they mischaracterize Youngkin’s positions — and then have the audacity to accuse him of lying about them — then nothing but rancor and confusion can come of it.