The Fix Was In: Burying the Athlete Issue 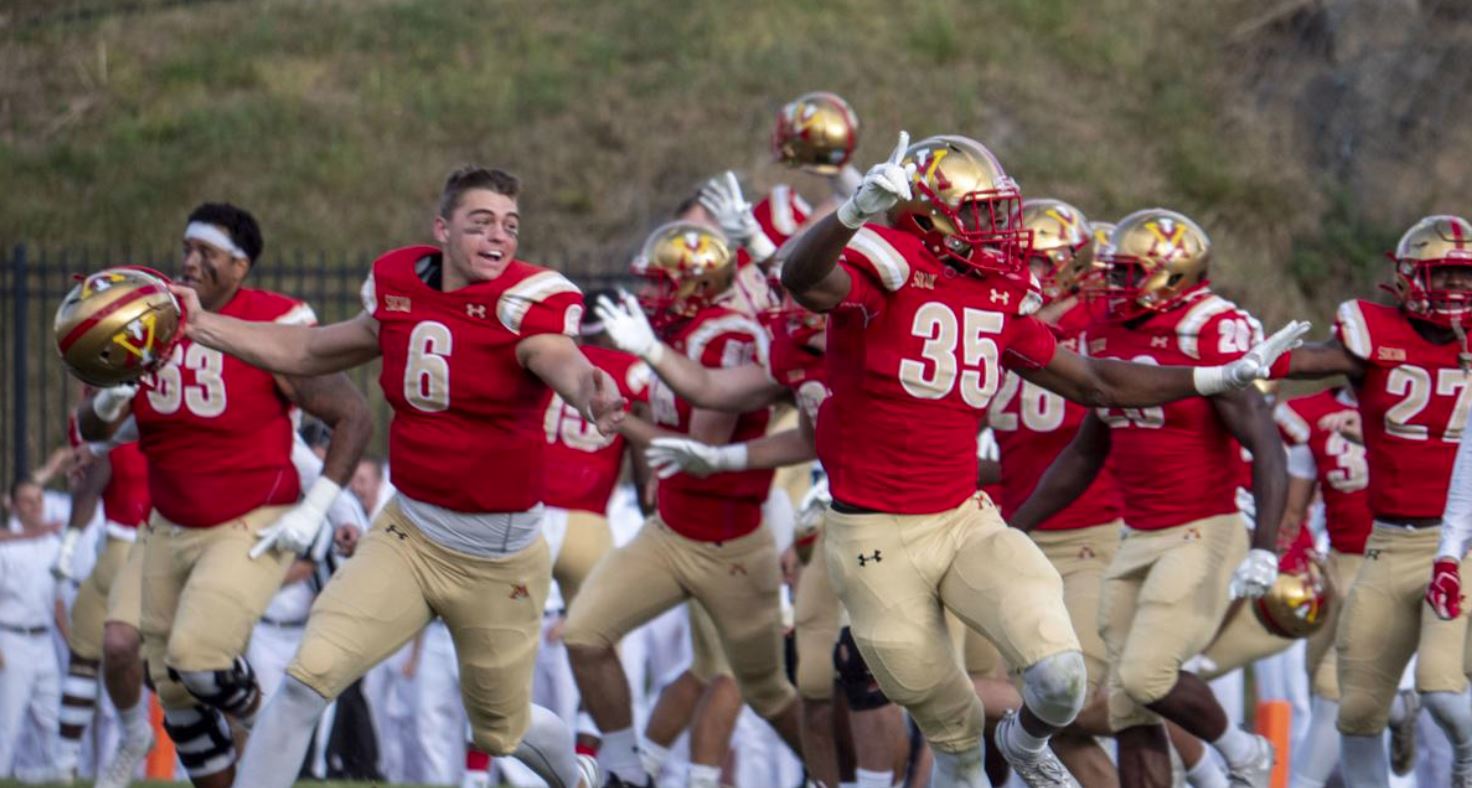 Ascertaining the state of race relations is a tricky task in these politically polarized times. The job is made all the more difficult at the Virginia Military Institute by a factor that exists few other places: tension between athletes and other students. Athletes enjoy exemptions from participation in parades, inspections and the rigors of the infamous Rat Line that other cadets do not. As it happens, 60% of all African American cadets at VMI are athletes. Does the animus that athletes sometimes feel from their peers stem from racism, a resentment of their privileged status, their perceived lack of commitment to the VMI system, or perhaps all of the above? 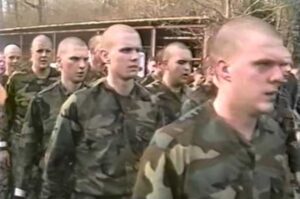 The difficulty of disentangling race and athletics emerged as a key issue in the Barnes & Thornburg investigation into racism at VMI. A cadet quoted in the Final Report explained the tension this way: “There is a divide in this school. However, it is not a race divide but a divide between athletes and nonathletes. The athletes do not experience the ratline the way we do, and they get special treatment throughout their cadetship. This leads to them never really becoming a true part of the corp[s] unless they actively seek to do so.”

The fault line between athletes and other cadets became a major preoccupation of the Barnes & Thornburg investigators. The main body of the report devotes nine pages to the topic, examining many facets of the issue. It leaves important questions unanswered, as I shall enumerate, but the complexity of race relations at VMI comes through clearly.

Sadly, the executive summary, which criticizes the military academy for perpetuating a “culture of racial intolerance,” blows off the athlete/non-athlete divide as an “incorrect perception” by Whites that allows the Institute “to avoid addressing the underlying association between athletics and race and the issue of race in general.” Media reports, extracted from the executive summary, have mostly ignored the issue altogether. As a result, the public is presented with a grotesquely over-simplified narrative.

VMI’s student body of roughly 1,200 cadets includes 6% African Americans. Sixty percent of all African-American cadets are athletes. While a majority of Blacks are athletes, they still comprise a minority — 18% — of all athletes.

The divide between athletes and other cadets arises from the different experiences they undergo. The main body of the report lays out the problem:

Incoming cadets undergo what is known as the “Rat Line’ for roughly six months, which is similar to a basic training environment, with upperclassmen as the “cadre,” or leadership group. Additionally, cadets of all classes participate in parades, inspections, and other military events during the year. Athletes are excused from many of these events and experiences and therefore do not have to undergo a number of what might be thought of as the more military and physically taxing aspects of VMI.

From the athletes’ perspective, they have to commit significant time to their teams and undergo tough physical training as well. These cadet athletes are doing what is expected of them as NCAA Division I intercollegiate athletes. … Many athletes arrive at VMI on athletic scholarship, and so some view the military training as an obligation, not a desire.” …

Members of the VMI community provided some examples of what they view as preferential treatment. For example, while each of the new athletic facilities built during [Superintendent] Peay’s tenure included lounge areas for the athletes, there is no similar space available for non-athletes. Some cadets wonder why athletes get a tutor to help them with classes when other cadets do not. A graduate noted that when athletes are disciplined, they get sent to a study hall, in contrast to non-athlete cadets who get penalty marches.

Then the report quotes an unidentified person’s observations that lay out the connection between athletics and race:

The issue of race at VMI comes from the athletes to non-athlete relationship at VMI. The majority of black students at VMI are athletes. The mentality of most athletes who are recruited for VMI is that they are coming to VMI to play [Division I] sports, and their primary goal is to be a student athlete. When any athletes comes to VMI not for the military system, they have a tendency to not fully participate in the system and sometimes actively rebel against it. The issue at VMI is not that of race; [it is] that of athletes and non-athletes. It just so happens that most athletes on the “rebellion” teams (football and basketball) are black. When majority black athletes refuse to conform to the military system at VMI, it causes an issue between athletes and non athletes who came to VMI for the military system. When the majority of those athletes are black, it creates unconscious bias within the corps against black cadets, which is the reason for the issues with race at VMI. The issue is that non athletes came to VMI for VMI, and athletes came to  VMI for sports.

While acknowledging the deep divide based on athletics, the report then summarily dismisses the issue. “Those perceptions were based on at least in part on the inaccurate premise that most athletes are African American, when in fact … only 18% of athletes are African American. This reflects that the “athletes” problem is just a proxy for a race problem.”

The report provides zero evidence to support that claim. The report simply states it as fact. In the executive summary, the authors leverage the statement to assert, again without supporting evidence, that the misperception allows the Institute “to avoid addressing the underlying association between athletics and race and the issue of race in general.”

The authors had their narrative, and they imposed that narrative upon a body of facts assiduously collected by rank-and-file B&T investigators, whether it fit or not.

The authors of the report had the means to dig deeper into the question, but failed to do so. An appendix to the report breaks down the responses to a 117-question survey, to which 540 current cadets responded. (Responses from faculty, staff, and alumni brought the total to 2,496 individuals). One of the crosstabs compares the responses of athletes versus non athletes.

One question asked in the survey was this: To what extent did respondents feel that athletes “have a difficult time fitting in or feeling like they belong in the VMI Corps of Cadets?” The answers, broken down by non-athletes and athletes were:

In other words, of all demographic groups on Post, athletes had the hardest time fitting in. That finding seemingly confirms the widespread view of a divide between athletes and others.

When asked if cadets “socialize and hang out in groups that are racially integrated,” athletes were measurably more likely to disagree. The report did not explore the extent to which Black athletes voluntarily self-segregated socially as they do at many other colleges and universities.

Another question asked how often cadets had ever heard or seen the N-word spoken or written. Twenty-four percent said more than a few times — significantly higher than the 14% of the non-athlete cadets who had. Left unaddressed in the report was whether Black athletes were called the N-word by others or whether it was a phrase they used with one another.

Given how B&T formatted the crosstabs, there is little else to glean of relevance to the athlete/non-athlete divide. Barnes & Thornburg didn’t even refer to its own survey data in its discussion of the issue.

Here’s what B&T could have done: It could have broken out responses from Black athletes and non-athletes separately. Admittedly, the numbers would have been very small — only 12 Black cadets responded to the survey — creating a large margin for error. With that caveat, the results could be revealing. As I explained yesterday in “The Fix Was In: Use and Abuse of Survey Data,” there was a consistent opinion divide among the 12 Black respondents. Half felt VMI has a culture of racism, half did not. I would hypothesize that Black athletes were far more likely to regard the Institute as racist while Black cadets who chose VMI for the military experience were far less to do so.

Apparently, that was a subtlety too far for the lead Barnes & Thornburg authors, who had settled on the VMI-is-run-by-white-men-for-white-men narrative from the beginning.