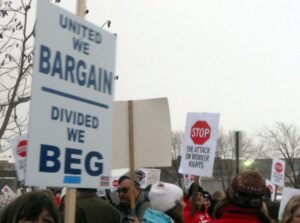 The costs alone could be a large reason that, while the state law allows public employees to petition their local elected officials to vote on allowing bargaining, those representatives will vote no and keep the process that has worked in the Commonwealth for generations. END_OF_DOCUMENT_TOKEN_TO_BE_REPLACED