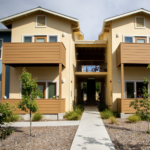 The Richmond Times-Dispatch, on cue, wrote in an editorial the other day that more state money was needed to fund local housing.

But that is not the first place to look.

The governor wants to condition development aid to local communities on their reforming land-use policies to permit more construction.

I have a few ideas along that line.

Proffers, also known as conditional zoning, are a recognition that real estate developments have impacts on other properties and on services provided by the local jurisdiction. Fair enough.

The money for roads, sewers and schools has to come from somewhere. Proffers make the developers and their customers pay for a share of capital improvements deemed necessary by city/county planners.

Wielded unpredictably, and sometimes unethically, they are also part of the problem. See the excellent article Politics and Proffers by Matt Ahern for the games played with proffers and their cost to the housing economy.

Then there is low-cost housing.

The Commonwealth by law permits but does not require localities to waive fees for low-cost housing. That law, originally and curiously restricted to only non-profit developers, was updated in 2019 to permit the same waivers to for-profit builders.

Send state housing funds only to jurisdictions that do so. Require in law a limit to the costs of proffers for low-cost housing.

Finally, tax Virginia’s astonishingly profitable non-profit hospitals to help them with their mission of caring for the disadvantaged — in this case in low-cost housing.

Proffers. The Governor and General Assembly should look at Virginia’s laws on proffers and tighten them up.

The goals will include fair opportunities to every builder, reasonable certainty of development costs and fair hearings before the city councils and county boards.

Those steps will increase private sector efforts to produce housing.

I don’t know about where you live, but Virginia Beach City Council elections have been about development for as long as Virginia Beach has been a city.

Our city council has never been able to plead ignorance of real estate matters. It has had a majority of members from the real estate and banking industries seemingly forever.

Virginia’s General Assembly should move to assess its current laws to maximize the efficiency and effectiveness of proffers with new development and re-development proposals, and coordinate proffered improvements with other funding sources.

More than anything, proffers should not be a black box that subject the developer and development to the whims — favor or disfavor — of city councils and county boards.

See just § 15.2-2242. Optional provisions of a subdivision ordinance. To get a feel for some of the ad hoc nonsense that builders are alternately burdened or advantaged by in trying to build projects, see # 7, “Provisions, in any town with a population between 14,500 and 15,000,”  carve out.

So when the Governor talks about localities removing roadblocks, proffers are part of the issue. As Mr. Ahern wrote: “Perhaps it is time to look at a different method altogether for addressing land use.”

State law as written enables city councils and county boards to make developments endlessly political — subject to campaign contributions and old boy networks — rather than decisions constrained by common and specific standards tightly drawn for the good of the citizens.

Some readers will complain that I am not for local control of zoning.  I am. But it has been clear to anyone drawing breath in Virginia Beach for at least six decades that we need stronger and clearer definitions of the limits of proffers in state law.

Local redevelopment agencies. Virginia’s local redevelopment and housing authorities are ripe for efficiency and effectiveness improvements. I have written about some of them. My perspective is that some are overstaffed and underproductive, spending too high a percentage of public housing funds on staffs to manage them.

The local management of policy and handling of funds for such programs as § 15.2-735. Local housing fund and voluntary coordinated housing preservation and development districts require skill and dedication.

But I strongly recommend the state determine whether all of those staffs with very long waiting lists for low-income housing and little housing to offer meet a test of rendering value for cost.

Property taxes on non-profit hospitals. I have written for many years about the profits of Virginia’s non-profit general hospitals that last year and for many before that were on average four times the national averages. They simply do not provide sufficient community support to justify their tax exemptions.

Tax non-profit hospitals to help build it. Exempt the rural Critical Access Hospitals. Levy property and sales taxes at regular rates and spend half of the revenue for low-cost housing. Leave the rest with local governments who have been providing uncompensated services to those same hospitals forever.

Bottom line. So I offer four potential action items at the state level that do not require the spending of additional state money.