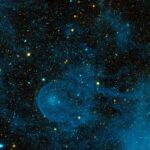 The top institutions, suggests Pipes, will use their brand power to build national institutions, while all other colleges and universities will wither or be reborn as local affiliates. Writes Pipes:

MOOCs (Massively Open Online Courses) will finally fulfill their potential. Laurie Santos, a Yale psychology professor, already attracts nearly a quarter of the Yale student body to her lectures on “The Science of Well Being,” making it the most popular course in Yale’s 320-year history. More important, starting Saturday the course boasted a non-Yale audience of 3.4 million participants.

The appearance of such huge courses at a moment when lesser institutions are failing suggests that a few star universities will flourish while the rest starve and die. Patterns in college applications imply this trend is already under way. Imagine a reduction from some 5,300 U.S. colleges and universities to 50, each with its renowned outlook (including some conservative ones), specialties and strengths. Thousands of existing campuses will become shared satellite facilities for those 50, complete with dormitories and sports facilities.

Courses like Ms. Santos’s will require legions of teaching assistants and graders who meet in person with students, giving education the personal touch and community grounding essential to its mission. The California State University system, with 23 campuses, foreshadows this geographic dispersal, as does the distinction between full-time and adjunct faculty. In-person advanced seminars with star professors will continue as ever, training the next generation of scholars.

Tuition will come crashing down as economies of scale come into play, truly opening education to all and ending the student-loan crisis.

The taxi system was unreliable, expensive and unpleasant, so along came Uber and overturned it. Higher education, even more antiquated than taxis, is due for a comparable shock—and the sooner, the better.

Bacon’s bottom line: How should Virginia’s colleges and universities prepare themselves for such a future? As a first step, it helps to build strong distance learning programs and learn how to deliver online courses effectively and cost-efficiently. You can’t play the game unless you enter the arena. At this point, only two Virginia universities — Liberty University and Old Dominion University — have strong distance learning programs. Neither school has an elite national brand but they do have strong niches — Liberty in serving the evangelical demographic, and ODU in serving the military demographic. Both potentially could be survivors of a national shake-out if Pipes’ vision becomes reality.

Virginia’s brand-name institutions — the University of Virginia, the College of William & Mary, and Virginia Tech — lag far behind. I have followed the University of Virginia most closely, and its online initiatives initiatives are pathetic, geared so far to continuing & professional education and teaching UVa students remotely during the COVID-19 epidemic. There is no guarantee that Pipes’ star-and-satellite system will be the future of education, but it certainly is a strong possibility, and Virginia’s brand-name institutions should be preparing for it.

It will take more than creating online courses, though. Universities need to recruit star lecturers and teachers. In academia today, professors are valued first and foremost for their ability to bring in outside R&D dollars, thus enhancing the university’s prestige, and secondarily for their academic reputation, based largely upon their ability to get published. The ability to deliver mesmerizing lectures and excite students with learning rank low on the list of priorities. But a star-and-satellite system would put a premium on professors who can do those things. Universities need to rethink their priorities about who they hire and why.

There’s one more link in the chain, and that is offering courses to other institutions — and accepting courses from other institutions in turn. Liberty, ODU and those who would follow in their path need to think about building networks of reciprocal relationships with other universities. So, for example, Liberty might make its most popular courses available to students at Regent University, another evangelical institution, which would supply the teaching assistants to provide in-person discussion sessions and do the grading. Building those networks will take years of outreach and negotiation. Those who start now will be the first to gain critical mass.

The board of visitors for every higher-ed institution in Virginia needs to start thinking now where they would fit into a star-and-satellite system of higher education. Will they be the supernova, the satellite… or the dwarf star?