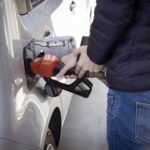 It’s tempting to mock the folks lined up at gas stations these past few days as “panic buyers.” You know, fearful, gas-addicted, greed balls.

Smug members of the media have been quick to blame them for the shortages.

The Boston Globe: People in the Southeast are panic-buying gas.

Then again, these lazy, unimaginative  headlines were written by editors who — especially since the beginning of the pandemic — do the bulk of their work from their La-Z-Boys. With their cats on their laps.

They’ve forgotten what it’s like to drive to work every day. And they’ve never had a job where you don’t get paid if you don’t show up for your shift.

They don’t understand that for many Americans, gas is the hidden ingredient in the food on their table.

You bet these workers panicked when they learned that fuel wasn’t flowing.

With the memory of toilet paper and bleach shortages fresh in their minds, these workers resolved not to be grounded by a gas shortage and quickly began topping off their tanks.

The media, of course, focused on the photos of a couple filling a pile of red gasoline cans and a woman who pumped gas into a plastic garbage bag.

They want the public to believe that these three knuckleheads represent everyone out there who was frantically trying to gas up a car.

It’s time to remind members of the privileged class who hid in their homes for a year and let the working class fetch items for them, that the folks who keep their porches piled high with goodies are powered by gasoline.

Same goes for Uber and DoorDash drivers and pizza delivery guys who can’t work if they can’t gas up.

After more than a year of lies, exaggerations and goalpost moving about the pandemic from government officials and health “experts” — 14 days to slow the spread, just wear masks for 100 days, etc., etc. – -Americans can hardly be blamed for doubting reassurances that gas would be flowing again soon.

Are we spoiled in the U.S., accustomed to relatively cheap and reliable gas? I suppose we are.

But the fact that hackers could paralyze much of the East Coast with a few keystrokes is terrifying.

Worse, the geezers and their diversity-first deputies who are running the country now seem uniquely unprepared to fight cyber warfare.

If there’s a reason to panic, that may be it.