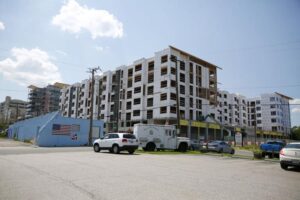 The city government of Richmond has often taken a beating on these pages, usually deservedly so. Now, there is some good news to report.

David Ress of the Richmond Times-Dispatch reports that the city has significantly improved its permit processing times. For example, the time to process a building permit application dropped to five days in April and to about a day since July. The delay in getting approvals for a mechanical, plumbing, or electrical permit was 50 days at the beginning of the year, but dropped to 20-25 days by spring, and has been one to three days since August. The total number of permit applications awaiting review and approval dropped from around 1,200 in January to 100 or fewer since August.

Furthermore, the time taken to review and approve site plans and special use applications is less than the internal targets set by the applicable departments.

Several actions led to the improvements. Among them were the hiring of 71 additional employees since July 2021 and contracting with a third party to help with plan review. In addition, management examined the entire process “looking for bottlenecks” and eliminating unnecessary steps.

This may seem rather mundane and unexciting, but it is the type of everyday “government stuff” that the city has sometimes not been very good at. Delays in processing permit applications can cost contractors and businesses significant time and money and discourage them from doing business with the city. The long processing times have long been a source of complaint within the business community in the area. The city administration deserves some credit for taking steps to improve its services.

This entry was posted in Efficiency in government, Governance, Regulation and tagged Dick Hall-Sizemore. Bookmark the permalink.