It has long amazed and puzzled me that people think they can get away with taking guns and other weapons onto airplane flights. On Monday, a woman was  caught at the Richmond airport with a loaded .380 caliber handgun in her carry-on bag. The Transportation Security Administration  (TSA) reports that, as of Nov. 13, 18 guns had been caught at Richmond International Airport checkpoints. Nationally, TSA intercepted nearly 6,000 firearms at airports last year, the most on record. 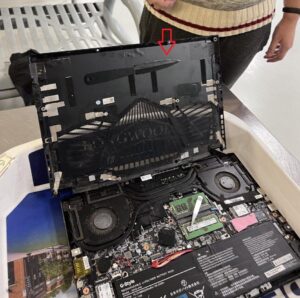 One of the more inventive methods of trying to smuggle a weapon onto a flight at Richmond was the recent attempt by a Williamsburg man with a double-bladed knife hidden in the interior of his laptop computer. After X-ray machines detected the knife, TSA personnel used special tools to disassemble the computer to get the knife.  The owner of the laptop initially had the standard explanation: he had no idea that there was a knife hidden inside his computer.

After many, many years of delays and hundreds of millions in cost overruns, Dulles Airport and eastern Loudon County are finally connected to downtown D.C. via Metro. The Silver Line Extension opened with much fanfare.  Officials expect that, in addition to residential and business development along the line, the direct connection between the airport and downtown will result in additional airport passenger traffic at Dulles.

Washington Post reporters tested the line and determined that it took about the same time to drive from downtown to the airport as it would take using Metro.  However, using Metro was considerably cheaper than driving, especially if one assumed a three-day stay in the parking garage, and it was more than $100 cheaper than using Uber.

This entry was posted in Transportation and tagged Dick Hall-Sizemore. Bookmark the permalink.