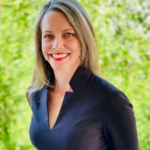 Tiffany Polifko, Loudoun County School Board. Courtesy of her campaign.

The people of Loudoun County have spoken — just barely.

They elected Tiffany L. Polifko to the School Board.

Ms. Polifko is a conservative with 20 years experience as a public and private school special education teacher. She currently serves as a Board-Certified Behavior Analyst working with children on the autism spectrum.

She has two kids in Loudoun County Schools. She stood for election to ensure a quality education for her children and the rest of the children of Loudoun County.

The second place finisher was, according to the Loudoun Times,

I, like most readers, have seen those words in the dictionary but never before in the same sentence.

Nicholas, informed by his extensive life experience, is very woke and very engaged politically. He was endorsed by Blue Virginia as a:

(h)uman rights advocate and community organizer … (who) hopes to bring a fresh perspective and new focus to the Loudoun County School Board.

He would have brought a “fresh perspective.” To the Loudoun County School Board. Dazzling possibilities there.

And he just missed.

You will be impressed to know that Nicholas is a former community organizer.

(he) has worked across coalitions to drive consensus on Loudoun’s most critical issues.

He had the endorsements of all of the local Democratic office holders. But apparently did not “drive” quite enough “consensus” to win the election.

Nicholas reportedly refused to debate Ms. Polifko about schools — or to show up at any public forum even by himself to discuss issues. We have seen that strategy somewhere. It will come to me.

But probably a good call. And the reason the results were close. Nancy Pelosi’s glass of water analogy comes to mind, and hiding nearly worked.

But he is undoubtedly a man to watch.

Andrew Hoyler, who was appointed to replace an incumbent who passed away, came in third.

This entry was posted in Children and families, Culture wars, Education (K-12), Elections and tagged James Sherlock. Bookmark the permalink.