Primary Care Shortages in Virginia and an HEZ solution 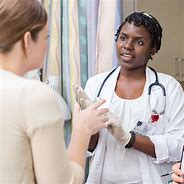 I have written here and in newspapers across the state with a recommendation that Virginia emulate Maryland in the establishment of Health Enterprise Zones (HEZs) to bring primary care to Virginia communities that lack sufficient access to treat people before their conditions require hospitalization.

Here I will provide data on Virginia primary care needs calculated separately for health outcomes and for health professional shortages.

You will not be surprised to learn the locations with the measured shortages of primary care physicians do not exactly align with the areas with the worst health outcomes. That proves what we knew already. There are other factors in play in health outcomes.

But we know absolutely that more primary care professionals in communities targeted for both criteria can both improve outcomes and greatly lower Medicaid costs.

To recap the HEZ program proven in Maryland and previously proposed for Virginia,

“That initiative seeks reduction of health disparities among Virginia’s poor and among geographic areas, improvements health care access and health outcomes in underserved communities and reductions of health care costs and hospital admissions and re-admissions.

The Health Enterprise Zone (HEZ) initiative has been proven to work in Maryland and New Jersey.

The Maryland results have been spectacular. And in Maryland the zones have proven net positive for the state budget.

On October 1, 2018, Johns Hopkins Bloomberg School of Public Health posted a news release that provided the results of a study of Maryland’s HEZ law. It found that in Maryland, the rate of inpatient stays per 1,000 residents declined in both populations during the 4-year study period — but declined more in the population served by the five small Zones that were established for the trial period in that state.

Relative declines were even greater for the chronic, often lifestyle-related conditions such as diabetes, hypertension and chronic obstructive pulmonary disorder that the Zones initiative was specifically meant to reduce.”

HPSAs are Federally designated shortage areas used as a reference for a variety of Federal programs including:

As a state, Virginia is in the middle of the pack among the states in both health outcomes and healthcare access as ranked by the Commonwealth Fund’s Health System Scorecard.

The authors of the Office of Health Equity document calculated that Virginia needs an additional 104.1 primary care physician FTEs, 118.3 dentist FTEs and 24.4 psychiatrists FTEs — perfectly distributed — to remove all shortage designations. Those are useful numbers, even though perfect distribution will never be achieved.

To identify exactly where those primary care gaps are located and provide additional data, I have reviewed and edited for Virginia the federal Health Resources & Services Administration files on Health Professional Shortage Areas (HPSA) – Primary Care.

You will see that it defines Virginia primary care shortages:

It also provides the HPSA score for each. The higher the HPSA score, the greater the need. The areas in the state with the highest primary care health professional needs in that ranking, highest needs are in:

Perhaps some surprises, perhaps not. I note that it was Prince William’s Luke Torian who led his Appropriations Committee to table HEZ legislation.

Then, to get down to the local jurisdiction level for health outcomes, I went to the 2021 County Health Rankings Data, a program of the University of Wisconsin Population Health Institute. Again, I edited down to Virginia.

There we see that health outcomes do not align with primary care shortages.

Certainly Petersburg and Hopewell should be first in line to participate in a Virginia HEZ program as long as they organize and apply. Their elected officials should make sure that happens.

But the rest of the two “worst” lists beg the question: “Do we need more primary care professionals in the areas with the highest HPSA scores or the worst health outcomes?”

My answer is probably both, but the comparison shows how many other factors determine health outcomes. One of the goals of the HEZ program is to get primary care providers to enlist other organizations like churches and state and federal programs to work together on those other factors.

But can primary care improve outcomes? The answer is demonstrably yes.

HEZs have been proven in Maryland to keep people out of the emergency room by treating their conditions before they get so bad that emergency care is required. Their health outcomes have improved and the associated Medicaid costs have plummeted in Maryland HEZs. The savings have far exceeded the costs or the program.

Virginia just has to do it.

This entry was posted in General Assembly, Health Care and tagged James Sherlock. Bookmark the permalink.