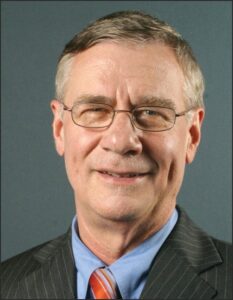 Nationally known climatologist Dr. Patrick Michaels has died, and there is certainly a huge Virginia connection.  Michaels considered himself to be a “lukewarmer,” denoting a belief that there is indeed a man-made (CO2) component to climate change. But, he said  “What I’m skeptical about is the glib notion that it means the end of the world as we know it.”

Many liberals, of course, feel that climate change  is in fact an immediate and dire emergency. They would label Michaels a “denier.” The Washington Post obituary seemingly took the high road and instead used the slightly less divisive word: “contrarian.”

I was personally well aware of Pat Michaels, but mainly from his Cato Institute days. As a transplant from New Jersey, only now do I realize he was a professor at the University of Virginia for 30-years.  He also served a stint as Virginia’s  state climatologist.

Some of you knew Pat Michaels far better than I did; therefore comments below are welcome.

Just to spice up the discussion,  here are a few controversial, and strictly Virginia, anecdotes that “caught my eye” (as Judith Curry might say):

Anthony Watts of  Watts Up With That? recalls that Michaels once told him that “his only regret was hiring/promoting Michael Mann while he was at the University of Virginia.” Mann of course is a well-known climatologist/alarmist known for the infamous “Hockey Stick” graph. Taking a step back from the divisiveness, however, it is interesting that Virginia had played such a central role on the climate change stage.

Michaels’ involvement with UVa apparently started to come to an end during the administration of  Governor Tim Kaine, which insisted that Michaels clarify that his personal stance on climate change did not represent state of Virginia policy.  Shortly thereafter Michaels resigned his post at UVa citing lack of academic freedom. Where have I heard that before?

Finally, folks on “both” sides of the climate change issue seem to relate that Pat was a friendly and jovial human being. A good guy to have a beer, and deep discussion with, seems to be a common sentiment.

This entry was posted in Uncategorized and tagged Climate change. Bookmark the permalink.