Open Letter to the Sentara Community 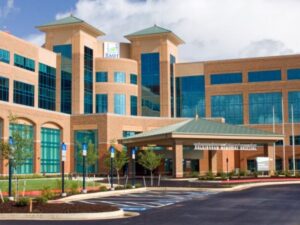 As a lifelong resident of Harrisonburg, a retired physician and  a volunteer hospital chaplain, I feel compelled to write about the current and ongoing situation at our local hospital. My father, my two uncles, my brother and myself have a combined 180 years of medical service to this community, so I have a genuine vested interest in the welfare of our local hospital and the community it was designed to serve.

Historically, for a small community hospital, we have been blessed to have phenomenal medical care. It’s a well recognized fact that the Shenandoah Valley has some of the lowest insurance reimbursement rates in the entire state, so it’s vitally important to attract and then retain talented hospital personnel. So, it disturbs me profoundly when I hear and see what is becoming of our community hospital.

There’s always been a healthy tension between hospital administration and staff physicians and that’s been a good thing. In the past that has led to dialogue, compromise, and in the long run, improvement in healthcare delivery. There was a shared, mutual respect. Not so any longer! Healthcare locally and nationally was already on the road to becoming big business in 2011 when RMH became part of Sentara, but with that partnership really, really big business came to town with a corporate mentality that unilaterally decides and blatantly disregards input from the very people who make this hospital great.

Nationally there is already a shortage of healthcare workers and by some estimates between 2025-2030 we can expect to be short 54,000 doctors, 29,000 nurse practitioners and 500,000 nurses. Therein lies the importance of hiring and then retaining talented personnel.

RMH President Doug Moyer states in an open letter that orthopedics and urology have experienced “difficult transitions,” so let me comment on that. A simple look at the 2020 RMH physician directory lists six orthopedic surgeons in the employ of Sentara. In the last several weeks the last of the three remaining surgeons have left the area or are headed for the exit. So there is a two- story,
multimillion dollar orthopedic and rehab center and two locums providing coverage for orthopedic emergencies until full time hires come on staff in the spring and summer. How many remains to be seen.

For those unfamiliar with the term, a locum tenens is a travelling, temporary replacement for a physician, nurse, NP or PA. This temporary assignment usually occurs through an agency and, therefore, generally costs far more than a full-time employee.

Which brings me to the urology department. Mr. Moyer states that urology saw changes “primarily due to retirement” which is disingenuous at best. One urologist, highly regarded by patients and colleagues, retired two years ago because of utter physical and mental exhaustion and frustration created by the ever increasing demands of Sentara and the practice of medicine. Of the three remaining urologists, two wanted to slow down and take less call time. When their request was rebuffed by administration, one resigned and began work as a locum in Altoona, and the other two resigned and joined Blue Ridge Urology several months later. So, to provide much needed urology services here, Sentara now has a contractual arrangement with Blue Ridge Urology in Fishersville to use the same two doctors it refused to compromise with as well as the other urologists in the Blue Ridge practice.

But these aren’t isolated instances. This is a pervasive problem. Consider that there were 23 anesthesiologists on staff. Now, I understand, there are 10. Fortunately, three nurse anesthetists have recently come onboard, and two or three anesthesiologists will be added over the coming months.

At one point there were six pulmonary care/intensivists. Now there are two, and one of them has decided to resign and will be leaving in June, which means that the critical care unit is being covered most nights by PA’s instead of critical care certified specialists. And this is at the height of the COVID pandemic!

Gastroenterology was my specialty for 30 years, 18 as a solo practitioner and the last 12 with Harrisonburg Medical Associates. I chose to retire six years ago and one of my partners did likewise six months later. Locally and nationally gastroenterologists are in short supply and historically we’ve had difficulty recruiting to our area. But the hospital was able to bring onboard several locums to fill the gap after our retirements. Then, amazingly, within the last three years the hospital was able to recruit two full time GI specialists, but one of them has already left the area and the other recently served notice of her resignation.

On the cardiothoracic surgery service, four cardiac PA’s left because of a salary cap, which resulted in the loss of one of the best CT surgeons in the state because he’d have to work with locums PA’s, an unknown entity. So now that a top rated surgeon is gone, two of the original PA’s are back, hired as locums, and of course at a greatly increased cost. A second hematologist/oncologist in eight months has announced her departure at the end of April

These numbers are not consistent with attrition solely due to retirement, or a spouse wanting to move closer to family, although Sentara portrays it that way in its statistics. In fact, I know of several physicians who would have worked another two to five years before retiring but found local conditions so intolerable and the alternative of doing locum work elsewhere not worth the effort, so they threw in the towel.

As mentioned already, there is a nationwide shortage of healthcare providers of virtually every stripe. The cost of recruiting, hiring, and training new physicians is a major drain on any hospital, so says recruiting and placement firm, Merritt Hawkins, in Healthcare Finance, yet this administration keeps driving away the pool of talent that is RMH. Physicians are the key drivers of healthcare quality and revenue. I’m baffled by the administration’s intransigence to the overtures of physicians and other departments to reach a compromise on adequate staffing,
salaries, benefits and hours that might give them reason to stay.

As fewer healthcare providers try to maintain the same workload, burnout can worsen retention rates. But because our “departure levels are typical in modern rural markets, and the system performs better than the national average,” as Sentara tells us, I guess we should be reassured that it’s perfectly “average” to lose six of six orthopedic surgeons, four of four urologists, four cardiac PA’s, a  cardiothoracic surgeon, 13 of 23 anesthesiologists, five of six pulmonologists, two of four gastroenterologists, and two of five hematologists/oncologists over the span of two years!

A friend recently told me that in the corporate world, when good employees leave en masse, the cause is usually found at the top of the corporate ladder. I believe that is the case here. There is an arrogance born of power and business directed solely by a spreadsheet.

While money in, money out is easy to track on a spreadsheet, Sentara Corporate is sacrificing some very important intangibles such as patient continuity of care and the confidence a referring provider has in a specialist they’ve used time and again. All too often I’ve heard from colleagues the refrain, “Take it or leave it.”

The healthcare of this community has been entrusted to this hospital and its employees, but Sentara Corporate has grossly betrayed that trust. I have serious concerns about the direction this hospital is headed and what Sentara sees as the final goal. The people this hospital serves deserve and expect far better!

Dr. Robert H. Sease is a retired physician of 30 years service who lives in Harrisonburg.

This entry was posted in Health Care and tagged Guest contributors. Bookmark the permalink.