One More Race Baiting for the Road 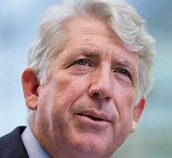 Days before leaving office, Attorney General Mark Herring has filed a complaint against the Town of Windsor in Isle of Wight County, charging the police department with a pattern of unlawful racial discrimination.

The lawsuit cites data showing that between July 1, 2020, and Sept. 30, 2021, 42% of the traffic stops conducted by Windsor police were of Black motorists. That was two times more “than would be expected” based on the number of Black residents of the Town or Isle of Wight County. Windsor police also searched the cars of Black motorists more frequently than those of White drivers “even though Black residents do not constitute the majority of the population of the Town or the Commonwealth.”

“Based upon the disproportionate stopping of vehicles driven by Black motorists, the Department is performing its law enforcement activities in a discriminatory and biased manner,” alleges the complaint.

That statistical disparity is the sum total of the evidence offered in support of the assertion that the department engaged in a “pattern” of racial discrimination. Herring offers zero evidence that Windsor police were motivated by race in any specific stop.

Herring also charges that the Department lacks “adequate policies and supervision” to ensure that officers use force in a non-discriminatory and unbiased manner. The complaint does not cite a single specific policy that needs remedying. And it cites only a single instance of an encounter in which the use of force was excessive — the highly publicized incident in which two Windsor police  officers stopped Lieutenant Caron Nazario, ordered him to step out of his car, pointed their guns at him, and when he refused to follow their commands, pepper-sprayed him in the face. Nazario is a Black Latino.

The lawsuit notes that “the Department has received and investigated other complaints in which force was allegedly improperly used against Black drivers.” However, it says nothing about how those complaints were resolved, if there was any basis to the complaints, or if officers were reprimanded or disciplined in any way.

The lawsuit asks the Circuit Court of Isle of Wight County to require the town to adopt policies and procedures to ensure that traffic stops are conducted in a bias-free manner and that the use of force is consistently applied. It also asks the town to hire an independent auditor to ensure that non-discrimination laws are followed.

A statement from the Town of Windsor described the decision to file the lawsuit just 17 days before Herring leaves office as “clearly political.” The lawsuit cites questionable data, and it ignores the fact that the town has taken significant measures since the nationally publicized Nazario incident to increase training and accountability, the town says. “None of these efforts are mentioned in the Herring lawsuit, even though his office and deputies were fully aware of them for several months.”

Bacon’s bottom line: The Town of Windsor pulled its punches. The lawsuit is not merely “political,” it is despicable grand-standing. We live in a racially charged society, and accusations of racism should not be leveled lightly. Substance-free lawsuits garner national headlines, which may benefit Herring in his next professional or political incarnation, but it inflames race relations for the rest of us.

The most blatant cherry-picking of data to support a predetermined narrative was using the racial breakdown of Windsor and Isle of Wight County as the basis of comparison with the racial breakdown of the traffic stops. The vast majority of stops occurred on U.S. 460, a four-lane state highway linking the Hampton Roads metropolitan area with Petersburg, a majority-Black city with a Historically Black University (Virginia State University). Other localities on the U.S. 460 corridor have higher percentages of Black residents than Isle of Wight. Herring’s lawsuit does not provide the racial composition of motorists using U.S. 460, the only relevant metric.

Another problem persistently ignored by Herring and other racial bean counters is the difficulty of identifying the race of motorists from a stationary position on the side of the road, where most police cars would be. The task is almost impossible at night. To argue that police officers are singling out Black motorists — three quarters of offenses were for speeding in a 35-mile-per-hour zone — it is necessary to demonstrate that officers can identify them as Black. In the notorious Nazario case, which occurred at night, the officers had no way of knowing that Nazario was Black until they had pulled over his SUV, his vehicle was parked in a well-lit location, and the police themselves had gotten out of their cars.

What can be measured is how police officers deal with motorists once they have been pulled over and their race identified. As I noted in a previous post based on the same data set that Herring drew upon for his lawsuit, Windsor police officers were more likely to let Black motorists off with a warning and be sent on their way without a ticket (8.1%) than White motorists (5.9%). The lawsuit does not cite this data, which clearly cannot be squared with the proposition that police officers are discriminating against Blacks.

Herring’s lawsuit brings no new data or other information to light. It is methodologically shoddy. Worse, it is profoundly harmful because the narrative of racist cops discriminating against Black motorists can become a self-fulfilling prophesy. If Black drivers believe, on the basis of political rhetoric and media reports, that they are being singled out for “driving while Black,” they are far more likely to respond, as Nazario did, by refusing to comply with police orders — and thereby provoking a police response. This is the new reality today, and police do need de-escalation training to deal with such cases without resorting to violence. But that doesn’t make the narrative right.

Herring worked overtime to advance the narrative of endemic racism in Virginia, stirring up fears of rising White-supremacist and anti-Asian violence, even as the post-George-Floyd-protest surge in homicides occurred overwhelmingly in the African-American community. Ironically, his crackdown on gasoline “price gouging” after the Colonial Pipeline shutdown targeted four gas stations owned by businessmen of Middle Eastern extraction. The AG’s office filed not one lawsuit against a White gas station owner. By Herring’s own logic of statistical disparities equaling discrimination, he himself engaged in a “pattern” of racial discrimination.

Perpetuating the narrative of Black victimization on Virginia’s roads and highways on the basis of the pathetically lame evidence is reprehensible race- bating. There may be evidence somewhere that Blacks are unfairly targeted for traffic stops, but it isn’t found in this lawsuit. Virginians can count their blessings that Herring will vacate his office in two weeks. His departure won’t come soon enough.