How’d Virginia Do in “The Great Pandemic Migration?”

Glenn Youngkin was right. Yes, Virginia, we have a problem.

Most mornings start with brewing a large pot of coffee, letting the dogs out into the fenced in backyard, and waiting for the papers to be delivered. Usually I can skim through the local old soldier, the Richmond Times Dispatch, before the coffee finishes brewing. But that first magical sip of morning hits with the opening the Wall Street Journal.

I read newspapers in reverse by taking the sections and rearranging them in order to read as many articles as possible before doing battle with the editorial section. The Sports section is always first. It’s like stretching before a work out — not legally required, but strongly encouraged.

The Great Pandemic Migration
Census data reveal huge shifts out of the most locked-down states.

The pandemic has changed America in many ways, and one major change is the migration from states that locked down their economies and schools the most to those that kept them largely open.

That’s the underreported news in last week’s Census Bureau state population and domestic migration estimates from July 1, 2020 to July 1, 2021. Data used for this year’s Congressional reapportionment was based on where people claimed to live on April 1, 2020. But what a difference 15 months of lockdowns made.

(**Side note to all you Election Nerds nerdling here in Election Nerd Disneyland – the Great Pandemic Migration occurred after Census numbers were calculated for reapportionment. Have fun storming Twitter Castle later.)

The Journal editorial (linked above) goes on to make the case using the population losses of California, Illinois, and New York along with population gains of Texas and Florida. They make a credible case for their opinion throughout the editorial concluding:

Differences in policies and political values won’t recede with the virus, and it’s clear from the census data which side is winning the contest for talent and taxpayers.

Well, since Virginia just finished her annual elections and was not among the many states mentioned in the editorial, I thought it would be interesting to see how the Commonwealth fared in “The Great Pandemic Migration” according to the U.S. Census data.

Did the historic Virginia election of 2021 match up with the case being made by the Journal editorial?

Virginia saw Glenn Youngkin make the case, with massive assistance from his opponent former Governor Terry McAuliffe, that all is not well in the K-12 education system. If all is not well with Virginia’s highly regarded K-12 public school system, that would a real body blow to one of her primary economic development selling points.

It’s also been — dare I say — the political trump card of many candidates who annually campaign for more and more funding for our public schools. HUGELY popular issue in vote-rich Virginia suburbs. Bigly.

In fact, Youngkin made his case in Loudoun County — the wealthiest county in the nation — that has been trending towards the Democrats with voters seeking newer, well funded, and better (presumably) schools for their children. It’s basically school choice for the wealthy who can pack up and move to the school districts/schools of their financial choosing.

Loudoun County, Virginia: A Culture War in Four Acts
A furious controversy in the richest county in America was about race, all right, but not in the way national media presented it. Part one of a series

Not familiar with Taibbi? Well, he’s no conservative that’s for sure. But he is what is sorely lacking in our democracy — an intellectually honest, curious, and fearless journalist.

That’s why I like him so much. He makes me think.

That four part series is MUST READ MATERIAL for EVERYONE in Virginia.
THAT is what journalism should be about – uncovering uncomfortable truths and making you deal with them. Kudos to Taibbi.

Now, all through the gubernatorial campaign Virginians heard two things:

A. Everything is fine. Nothing to see here. We should keep going in this direction and
B. Nope. Everything is not fine. We have serious problems and we need to address them.

It was hard for Team B to make their case publicly when stories were being published about Virginia being ranked the #1 State for Business by CNBC. It was a brutal, “Maybe… but #1 is pretty good. Are you anti-#1?”

I looked at the CNBC rankings and their methodology. Virginia does, in fact, line up well with their rankings and will continue to do so. And that does make for great marketing material for our economic development team as well as political incumbents in both parties.

But when I looked at the actual rates of economic growth and population trends, the data pointed to a potential problem — if we’re so good for business, why are people leaving? Especially young college educated people — why are they leaving? We just invested heavily in their school choices. h/t UVA’s Weldon Cooper Center.

With a data-driven gubernatorial campaign in a data-laden society, Youngkin had an opportunity to make a case for a change of direction; however, it’s a tough one to make in our political culture.

But was he right?

Some people are trying to say this is a one-off for Virginia Republicans. They got lucky. Great ticket. Diverse. Talented. Well funded. Bad environment. Biden’s numbers. Democrats will win Virginia back in 2025 especially if the GOP wins back the White House. Nothing to see here…. move along… all is well.

But this week’s Census Data report should leave ZERO DOUBT that, yes, Virginia we have a problem. Make that plural — we have problems.

(***Another side note – who packs up and moves DURING a pandemic? I get nap exhausted just thinking about it. Who? is a very good question indeed.)

People are moving by the HUNDREDS OF THOUSANDS to the American South.

Virginia is, supposedly, the best state for business with the best higher education and K-12 public school systems. YET folks are driving their moving trucks right down 81 and 95 to other states.

Reminds me of that scene in Moneyball during preseason player evaluations when the scouts rave about a batter but his statistics don’t match up to the reviews:

If he’s such a good hitter, how come he doesn’t hit so good?

How many people moved to Virginia during the Great Pandemic Migration, you ask?

Actually, Delaware and South Carolina had the highest population growth rate in the South with 1.2% each.

Where did Virginia rank in the Southern 17?

Tied with Kentucky for 11th.

Rate of growth for those two commonwealths? 0.1%. Zero point one. 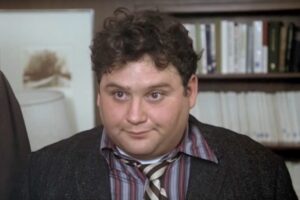 Here are the Southern states growth rates ranked according to the U.S. Census Bureau from July 2020 to July 2021:

As the Journal rightly concluded:

Differences in policies and political values won’t recede with the virus, and it’s clear from the census data which side is winning the contest for talent and taxpayers.

Bottom line for Virginia, we are not winning the “contest for talent and taxpayers.”

Lessons from the Census Bureau?

1. All is not well.
2. Policies matter.
3. In democratic republics, the people decide.
4. People make decisions. Every. Day.
5. Glenn Youngkin was right.

Chris Saxman is executive director of Virginia FREE. This column has been republished with permission from The Intersection.