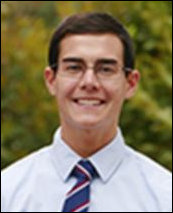 The Left continues to racialize everything, absolutely everything. It makes me sick to the stomach to write about race on this blog so often, but the “progressive” assault on a post-racial society in Virginia is an unrelenting, 24/7 activity, and if I don’t call the Left to account, it appears that no one else will.

Chris Duncombe, policy director of the center-left Commonwealth Institute think tank, opines favorably upon a new Internal Revenue Service rule that prevents people from “double dipping” when making charitable donations to scholarships provided by private or religious schools. My concern here is not the merits of the IRS ruling, which may be valid, but the reasons Duncombe expresses for disliking the special tax credit crafted to encourage donations to private-school scholarships:

People claiming these credits are more likely to be white than Black or Latinx, due to Virginia’s long history of racial discrimination and the under-representation of Black and Latinx filers in the state’s highest income brackets.

Who are the real racists here? Affluent whites who underwrite scholarships for minorities, or white progressives who oppose policies that provide minority families an alternative to failing public schools?