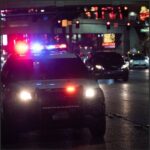 On Wednesday morning I woke up at 4:00 a.m., planning to head to the radio studio for four hours of happy holiday banter with my co-host, Mike Imprevento.

Then I glanced at my phone.

A news blast from The Wall Street Journal: “Six Killed in a Shooting in a Chesapeake, Va. Walmart.”

The killing occurred at approximately 10 p.m. Tuesday. That’s what I get for going to bed early.

I rubbed my eyes and stared at the screen. It seemed unbelievable. SIX DEAD? IN CHESAPEAKE?

We met with our producer, Lee, in the studio at 5 and the three of us knew we would be doing a very different sort of show from what we’d planned. Fewer holiday ha-ha’s. Our neighbors were dead and dying. Tidewater would be in shock when they woke up.

When I checked local news, it was exactly as I expected: reporters contacted the usual suspects — local Democrats — and they denounced “gun violence.”

So predictable. As if a gun acted alone.

Mike and I have a 24-hour rule. We wait to weigh in on many issues for at least a day before opining on breaking news. We’re old school. We like to gather all the facts before popping off. And that’s what we delivered on Wednesday: the facts as they unfolded.

Pity others don’t do the same.

Right on schedule, the gun-control crowd weighed in. The person who Tweets for the president managed to politicize the shooting while the bodies were still warm.

Jill and I grieve for the families in Chesapeake and for Virginia, which suffered a terrible shooting at UVA earlier this month.

We mourn for those who will have empty seats at their Thanksgiving table because of these tragic events – we must take greater action.

Yet another morning with more families grieving loved ones lost to gun violence.

In quick succession every leftie in the country including Barack Obama was screaming about a need to end “gun violence.”

Notice none explained what they’d do to accomplish this.

The only solution — and the one they won’t say out loud — is nationwide gun confiscation. Good luck with that.

There’s a real danger of looking like an idiot if you shoot off your mouth about motives while a tragedy is still unfolding. Yet these leftists never learn.

Take the mass shooting in the gay night club last week in Colorado Springs, for instance.

The left automatically assumed this was a hate crime against gays or drag queens or the whole LGBTQ community. Then they blamed conservatives, accusing us of homophobia and hate.

They simply can’t fathom that most of us are fine with gays and gay marriage. Our objection is to the genital mutilation of minors, the sexualization of kids, the growing push from the left to accept pedophilia as just a harmless lifestyle choice, and the move by mainline Democrats to allow biological boys to compete in girls’ sports and invade girls’ locker rooms and bathrooms.

No sooner had reports of the killings at Club Q hit the news than Secretary of Transportation Pete Buttigieg ran his mouth.

If you’re a politician or media figure who sets up the LGBTQ community to be hated and feared – not because any of us ever harmed you but because you find it useful – then don’t you dare act surprised when this kind of violence follows.

I doubt he was wearing a MAGA hat.

Did Pete take down his Tweet? Apologize for blaming conservatives for the gruesome crime?

Same goes for the Chesapeake shooter. We don’t know why he did what he did. It’s a fools’ errand to guess.

By Monday, Mike and I hope we’ll have a clearer picture of what transpired. Right now, I’m doing the only thing I can do: praying for those families with an empty chair at their Thanksgiving table.

This entry was posted in Crime , corrections and law enforcement, Gun rights and tagged Kerry Dougherty. Bookmark the permalink.