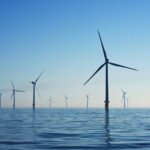 Opposition to Dominion’s offshore windfarm has come mainly from critics who cite technology, economic, and energy-system concerns and problems. Unfortunately, these have only been persuasive enough to slow down the reckless rush by Dominion and its allies in the General Assembly to obtain SCC approval. What about the impact on human health?

Where is the public health consideration? Windmills are notorious for killing birds and bats, but the significance of this is not explored. After all, what are a few birds and bats worth when it comes to saving the planet? Well, the answer is more than advocates will admit. Killing bats has a human health effect.

Mosquitoes are at the top of bats’ menus. Mosquitoes are the bane of outdoor enjoyment and a boon for the insect spray industry. As a result, most of us give little thought to the dangers of mosquitoes; but they are not trivial.

According to the World Atlas, “These swarming yet stealthy insects have proven to be more than just an annoyance to the human race. In some parts of the world, female mosquitoes (the ones that do the biting) do not just leave behind an itchy red lump, but sometimes also diseases such as dengue, West Nile, yellow fever, Zika, chikungunya, lymphatic filariasis, and the big one: malaria. Each year, somewhere around 725,000 to 1,000,000 people die from mosquito-borne diseases.”

The initial reaction to this death statistic is that these deaths are in developing countries. But that is a mistaken judgment. Both the CDC and Mayo Clinic have issued warning about mosquito bite diseases in the U.S. The Mayo warning says “Mosquitoes can carry the viruses that cause certain diseases, such as West Nile virus and the viruses that cause malaria, yellow fever and dengue fever.… West Nile, dengue fever and some types of encephalitis occur in the United States. Other diseases, such as malaria and yellow fever, are far more common in tropical areas of the world.”

NASA, which operates and funds a global tracking system, reports that, “According to the Centers for Disease Control and Prevention the number of cases of mosquito-borne disease in the United States is growing – the rate of these infections was 10 times higher in 2016 than in 2004.” That is alarming because it means that the risk is also growing.

Before jumping to the conclusion that the number of bats killed by Dominion’s wind turbines isn’t that significant for disease prevention, wind farm supporters would do well to re-examine their hypothesis. A team at the University of Wisconsin, for example, has published a study on mosquitoes and the diets of two species of North American bats found in Wisconsin. Their findings, published in the Journal of Mammalogy, suggest that “bats may indeed be effective exterminators of the aggravating insects.”

While the study doesn’t answer the questions of relevancy to Virginia’s coastal region and whether bats significantly diminish mosquito populations, it does raise an important issue for the SCC to consider in reaching a final decision about Dominion’s proposed windfarm. What is the human health cost associated with this windfarm? Dominion’s response should not be that it will build bat farms on-shore to compensate for the deaths caused off-shore.