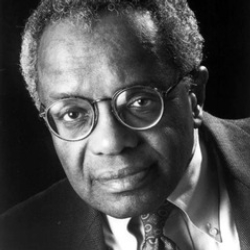 A couple of days ago Dick Sizemore-Hall published CRT and Virginia History here.

Dick is an excellent essayist. That one was the exception that proves the rule.

He indicated early in the more-than-1,500 word piece that he would discuss “the legitimacy of this antagonism regarding CRT.” I actually looked forward to hearing his point of view on that subject.

But he never got around to it.

He may actually have forgotten that was what he set out to do. Instead he recited the history of racism in Virginia from the perspective of a white man from Richmond.

He named me several times. Yet he ignored my well-documented position that CRT-driven educational policies threaten the futures of young black students. He wrote instead that people like me either ignore or deny the history of racism.

That was, of course, a classic straw man fallacy. This one has the singular disadvantages of being false and he has ample reason to know it.

He offered a universally understood  history lesson without identifying a single specific current application of CRT or, indeed, a specific solution to anything.  He only used the word “education” when quoting me.

Devoid of a defining position on anything, it served as a Rorschach test for many commenters who tried to insert meaning.

My position. I oppose the current dogma of CRT in education because it defines black children as unable to attend school regularly and on time, behave while there, participate in class, study, learn, do homework and pass tests within current standards and curricula and, specifically with white teachers.

CRT “educators” suggest that black students can’t read because theirs is an oral tradition. Those same “educators” overtly deny that black children and their parents have agency in the outcomes of their education, but rather are at the mercy of systemic racism.

That is the most racist view of black children on current public display. It is also demonstrably untrue. I have two words for all of them — Success Academies.

VDOE. If anyone thinks any of that is an exaggeration, he needs to read more about the work of the VBOE, VDOE and their various advisory panels.

For a master class in the racism of the well-intentioned, go to the VDOE Virginia is for Learners website. Block out several hours and click on every link and sub-link below the subjects FUTURE-READY LEARNING, EDEQUITYVA, VIRGINIA’S ROADMAP TO EQUITY, EDEQUITYVA RESOURCES, ABOUT and NEWS.

I can’t do it justice.

“Just because researchers with a Marxist bent developed CRT does not make CRT Marxist any more than Christians engaging in slavery and using the Bible to justify the practice makes slavery a Christian doctrine.”

Thanks for the throw away line on Christians, but the major thing historians and philosophers agree on about critical theory is that it is Marxist in origin.

“Critical theory is a Marxist approach to social philosophy that focuses on reflective assessment and critique of society and culture in order to reveal and challenge power structures.”

“Post-modern critical theory analyzes the fragmentation of cultural identities in order to challenge modernist-era constructs such as metanarratives, rationality, and universal truths, while politicizing social problems “.

“A metanarrative  in critical theory and particularly in postmodernism is a narrative about narratives of historical meaning, experience, or knowledge, which offers a society legitimation through the anticipated completion of a (as yet unrealized) master idea.

Does any of that ring a bell?

How about the Critical Race theory iteration of critical theory?

Speaking of bells, Harvard’s Derrick Bell was the creator of critical race theory. He used it in court as a criminal defense strategy. It offers that society is divided between oppressors (whites) and victims (blacks). Bell replaced the Marxist focus on class with one on race, but maintained every other aspect of critical theory. And convinced not a few judges.

What we are seeing in education from the VDOE and people’s republics like Albemarle County is a combination of CRT and Brazilian Paulo Freire’s Critical Pedagogy. Again to Wikipedia:

“Freire includes a detailed Marxist class analysis in his exploration of the relationship between the colonizer and the colonized. In the book, he calls traditional pedagogy the “banking model of education,” because it treats the student as an empty vessel to be filled with knowledge. He argues that pedagogy should instead treat the learner as a co-creator of knowledge.”

“It is not enough for the student to analyze societal power structures and hierarchies, to merely recognize imbalance and inequity; critical theory pedagogy must also empower the learner to reflect and act on that reflection to challenge an oppressive status quo.”

Classic Marxism is seen in thesis, antithesis and synthesis.

Dick, do you now recognize Marxism in critical race theory, critical pedagogy and the Virginia Department of Education? Thank you.

Richmond as a cautionary tale. When a white Richmonder of a certain age talks about hatred and bigotry, you should listen. Because if that man didn’t play the game, he at least had box seats to the watch the games of some of the most virulent racists in America.

From the perspective of a young man coming to the University of Virginia in 1962 from an integrated Catholic high school in D.C., some of the scions of the oldest Richmond families, many bearing the burden of three last names, showed the ill effects of a couple of hundred years of inbreeding.

On race, they were in a class by themselves.

The woke rosary. Finally,  Dick is certainly no racist. And I don’t think he supports many of the current dogmatic pillars of CRT in education. Indeed he wrote that he is “suspicious of (the intellectual) framework … of CRT.”

But for some reason he felt it necessary to recite for us the rosary of white liberals, which is the story of the history of racism. Like all rosaries, it circled back to the beginning.

Like all religious devotions, it probably made him feel better.