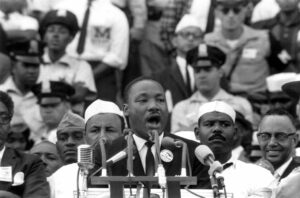 Over the past few months, there has been considerable commentary on Bacon’s Rebellion regarding Critical Race Theory (CRT). Many on this blog seem to genuinely fear that this theory, or frame of reference, presents an existential threat to society, with our schools becoming centers of “Marxist indoctrination.”

Before discussing the legitimacy of this antagonism regarding CRT, it is useful to define it. James Sherlock, who is the leading commenter on this blog raising the alarm about CRT, defines it thusly:

Because I have not read much about CRT beyond what has been on this blog, I cannot, and I do not intend to, contest this definition or summation of CRT.  I do, however, suggest that his summation of CRT is not necessarily the definitive one or even the only valid one.  or example, I recently ran across this definition by Richard Delgado and Jean Stefancic (Critical Race Theory: An Introduction):  CRT holds that “race and races are products of social thought and relations” and are “categories that society invents, manipulates or retires when convenient.”  That is a different perspective than offered by Mr. Sherlock, although there may be some overlap.

In addition to the probability of there being different definitions or understanding of what constitutes CRT, I want to address the assertion that CRT is Marxist doctrine. Just because researchers with a Marxist bent developed CRT does not make CRT Marxist any more than Christians engaging in slavery and using the Bible to justify the practice makes slavery a Christian doctrine.

Notwithstanding the possibility that there may be other interpretations of CRT, however, for the sake of argument, I will use the one put forth by Mr. Sherlock.

Can anyone plausibly deny that, in order to understand the modern history of Virginia — power relations, law, education, social relations, etc .— you have to use the lens of race? In fact, everything about Virginia society was organized and understood in racial terms.

Let’s start with the 1902 convention to revise the Virginia Constitution.  Histories of that event make it clear that race was the overriding concern of the delegates attending the convention. Most of the time and effort of the delegates was spent on devising a suffrage provision that would limit the Black vote. Carter Glass of Lynchburg, a leader of the convention and later a U.S. Senator, summarized the resulting provision this way: “[It] does not deprive a single white man of the ballot, but will inevitably cut from the existing electorate four-fifths of the negro vote.  That was the purpose of this convention; that will be its achievement.”

Virginians were obsessed with race throughout the 20th century. Everyone is familiar with the Jim Crow laws that segregated the races in every public venue. Lawmakers were so concerned with the race of people that the provisions of the Jim Crows applied to anyone “having one-sixteenth or more negro blood,” or in some instances, if there were “descent from any negro.” Even if the segregation of the races were not explicitly required by law in some circumstances, it was widely practiced in society. Restaurants could exclude Black diners. Restrictive covenants prohibited the sale of houses in designated area to Blacks. Banks, through “red-lining”, refused to issue mortgages for houses in areas heavily populated by Blacks.

Looking back at it now, I realize that race was a constant factor in the Virginia society in which I grew up. Often, it was not overt, but it was always there, ordering the society. For Black people, a large segment of the state’s population, almost every aspect of their lives, from birth to death, was defined and restricted by their race. Some hospitals would not admit or treat Blacks. Their schools were inferior. If they traveled, they had to figure out in advance where they could stop to eat, to sleep, and even to pee. They could not buy houses in certain parts of town, even if they could afford them. Certain jobs were closed to them. And, if they did get the same types of jobs as whites had, such as teachers, they were paid less. Their kids could not attend prestigious state colleges, even if they were able to do the academic work. And, when they died and were to be buried in a public cemetery, it had to be in an area designated for Blacks.

This emphasis on separation by race was not confined to the rural Southside area of Virginia. For example, it was apparent in the opposition to school integration in Alexandria (see the movie, Remember the Titans). Also, it was not confined to “everyday” Virginians. At the elite Langley research facility in Hampton, run by NASA and its predecessor agency, highly skilled Black female mathematicians were expected to use the restroom marked for “colored,” even if those restrooms were in a building other than in the one in which they worked. When they went to lunch in the Langley cafeteria, they were confronted by a sign on one table designating it as being for “Colored Computers.” (“Computer” was the term then used for the mathematicians working out the calculations needed by engineers for the various research projects.) There was a dormitory on the base for single women working there; only it was for white women only. (See Hidden Figures by Margot Lee Shetterly.)

My friends and I did not realize it, but we benefited from (dare I say it?) “white privilege.” Because we were white, we had better elementary schools. We could go into any restaurant we wanted to and be served. We could sit in the seats on the main floor of the movie theater. We could go swimming in the town pool. We lived in the nicer parts of town. We could get after-school jobs in the grocery stores or other retail establishments. We could aspire to go to top colleges in the state. None of the Black kids could do any of that.  The only legal restriction on a white person was, as Richard Loving discovered, he could not marry a Black person.  We were unaware of our privilege; after all, it was the natural way of things, we thought. I do not doubt that the Black kids were very cognizant of their lack of privilege, their restrictions, due to the color of their skin.

This viewing of societal relationships through the prism of race was present at every level. I can remember my father and other deacons in our Baptist church discussing what they would do if Black people showed up wanting to attend a worship service in our church. On the trip to deliver me to college for my first year, my brother asked me, “What if you get there and find out that you have a colored roommate?” Many years later, my daughter was good friends with a Black boy who was in several of her classes. I think she would have liked for him to ask her out. Several years later, we learned that he wanted to ask her out, but his mother would not let him date white girls.

In conclusion, whether one calls it CRT or something else, one cannot understand the state’s history and the power relations, institutions, law, and social relations of modern Virginia without using the lens of race. Obviously, the state has made great progress in moving beyond its use of race as a means of ordering and manipulating a large segment of its population. But the effects of this use of race in the past, be they segregated neighborhoods or concentrated communities of poverty, are not easily or quickly obviated. And, I understand the simmering resentment out there of the current generation whose parents and grandparents were confronted with obstacles and discrimination solely because of their race.

From the little I have read of the current proponents of CRT, I do not subscribe to their more extreme positions. I am suspicious of any intellectual framework that purports to offer an all-encompassing explanation of history, be it CRT, The 1619 Project, or Charles Beard’s An Economic Interpretation of the Constitution of the United States. History and society are too messy for a one-size fits everything.

In his farewell address, Barack Obama said, “After my election, there was talk of a post-racial America. Such a vision, however well-intentioned, was never realistic. For race remains a potent and often divisive force in our society…race relations are better than they were ten, or twenty, or thirty years ago…But we’re not where we need to be.”

We still have a ways to go before we achieve Martin Luther King, Jr.’s dream.  And we will not achieve it by denying or ignoring that race was a primary defining criterion that Virginians have used to shape their law, institutions, and social relations.

This entry was posted in Culture wars, Race and race relations and tagged Dick Hall-Sizemore. Bookmark the permalink.