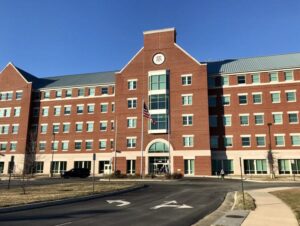 “Replaced” in this case does not mean the official was fired. The official in question is still chief of staff. The Title IX assignment was kicked down the food chain to HR.

That’s it. It was an enterprise architecture problem.

This story, of course, recounted Loudoun County Public Schools’ response to the rape of two students in two different high schools by a student who was moved by the superintendent to protect his “privacy.”

Loudoun County Public Schools acknowledged on Friday it has received an outside law firm’s report examining the school division’s handling of two sexual assaults at a pair of Ashburn high schools, according to a statement.

Loudoun County Public Schools has taken action, and will continue to take action, responsive to the concerns raised by the sexual assaults in LCPS, school officials said in the statement.

Finally, you think, accountability.  You are mistaken.

LCPS officials said in the statement they have created a more robust process for alternative school placement for students who may pose a safety risk to themselves or others, provided additional mandatory training for LCPS administrators regarding timely reporting of disciplinary data to the Virginia Department of Education and appointed a new interim Title IX Coordinator in response to the incidents.

“Created a more robust process.” “Alternative school placement for students who may pose a safety risk.” “More training.” Not just that, but “mandatory training.”

Reshuffling the deck chairs. No one fired. Kids will be kids. Raises for everyone.

We wonder what the “outside law firm” billed for that finding? But the report is secret. Personnel matters.

This entry was posted in Culture wars, Discipline and disorder, Education (K-12) and tagged James Sherlock. Bookmark the permalink.